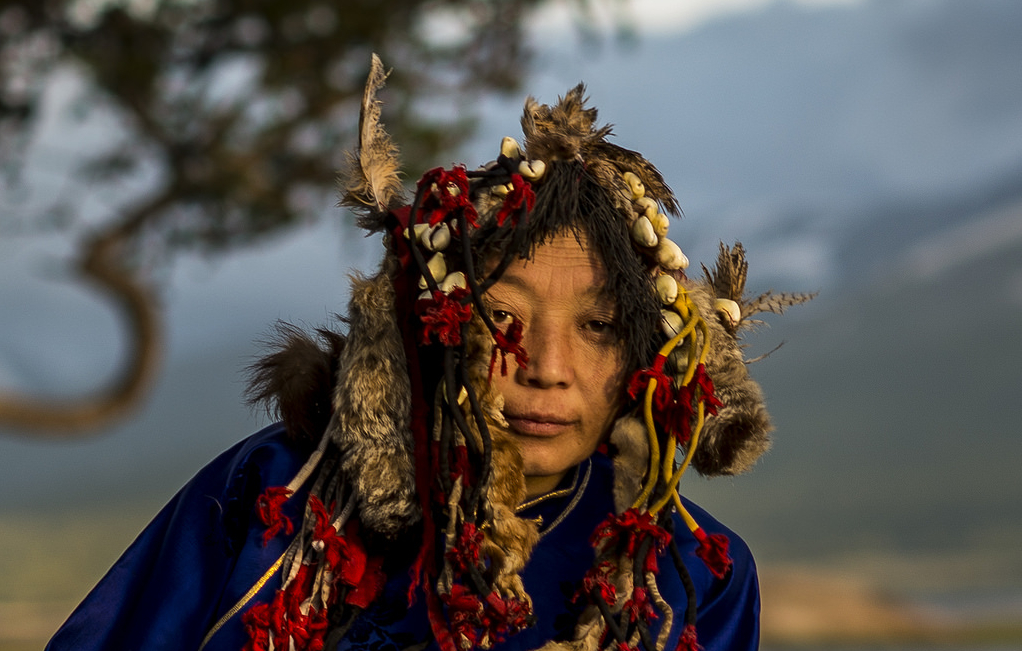 An individual can display certain symptoms, but whether they are an indication of schizophrenia or shamanic abilities depends largely on the cultural context. By cultural context I mean the collective beliefs, values, expectations and responses of the community which shape the mentality and behaviour of the individuals within that community. Mental illness is heavily influenced by this cultural context, meaning that whether an individual is mentally ill or not depends on whether the community defines that person as mentally ill. There is no objective biological test which will tell you whether you have a mental disorder or not.

If you are born into a country in which the Western medical paradigm is accepted, then a particular set of experiences – auditory hallucinations, disorganised thought patterns, delusional thinking and paranoia – will be classed as symptoms of schizophrenia. Moreover, the diagnosis of mental illness may itself be seen as reinforcing, in that telling someone they have a mental disorder makes it so. It is somewhat a self-fulfilling prophecy. If your doctor, psychiatrist, family, friends and society at large say you have a mental disorder, that there is something fundamentally wrong with you, then you are immediately segregated from the rest of society. You exist in the ‘malfunctioning’ group of people, while everyone else is ‘functioning’. It is the segregation that comes with the diagnosis, plus the negative connotations of having a ‘disorder’ that can exacerbate an individual’s mental struggle.

But if we look at societies in which this Western medical paradigm doesn’t exist, the same symptoms will not be treated as a mental illness, but as a sign of shamanic abilities. In Stephanie Marohn’s book, The Natural Medicine Guide to Schizophrenia, there is a section entitled The Shamanic View of Mental Illness (an excerpt of which can be read here). In this section, Malidoma Patrice Soma, a West African writer and shaman, argues that ‘schizophrenic symptoms’ in a shamanic society signal the birth of a healer. Mental disorders are viewed as ‘spiritual emergencies’ or ‘spiritual crises’ which need to be regarded as such in order to support the individual in their transformation into a shaman.

The person going through the crisis is looked at as being gifted, having the ability to visit the ‘spirit realm’ and bring back messages and knowledge that will heal the community’s ills. Malidoma Patrice Some saw first hand how certain symptoms are treated radically different in shamanic societies (such as that of the Dagara people) compared to Western societies. Some was shocked when he visited a mental institute in the US in the 80s – he saw some patients in straitjackets, some zoned out on medications and others screaming. For the Dagara people, on the other hand, such people would not be confined, segregated and have their symptoms eradicated by all means – rather, they would be supported, encouraged and nurtured. It is curious, then, that ‘schizophrenic’ patients found in mental institutions in the West might be regarded as powerful healers in shamanic societies.

To put it another way: schizophrenia is the demonisation of shamanic abilities, while shamanic abilities are schizophrenic symptoms which have been welcomed and nurtured. Pre-industrial societies seem to have a lack of what we would regard as ‘mental illness’ and this is because such societies do not demonise the associated mental experiences. For pre-industrial societies, auditory hallucinations and strange thought patterns have a positive function and people with these symptoms are encouraged to view themselves as healers who belong in that society as vital components. The shaman guides the society in its most fundamental decisions through the prophecies, visions, messages and moral teachings derived from altered states of consciousness. In our society, hearing voices is considered disordered, whereas in traditional societies it signals that an individual is in touch with other realities; the myth realm in particular.

Joseph Campbell, the famous comparative mythologist, agreed with this general point: what we call schizophrenia is called visionary or mystical in shamanic cultures; something to be valued, not feared or subdued with chemicals. As he remarks in his TV show, The Power of Myth:

The shaman is the person, male or female, who…has an overwhelming psychological experience that turns him totally inward. It’s a kind of schizophrenic crack-up. The whole unconscious opens up, and the shaman falls into it. This shaman experience has been described many, many times. It occurs all the way from Siberia right through the Americas down to Tierra del Fuego.

These experiences are common to all traditional societies, yet the experience is integrated – both within the individual’s mind and within the society itself – without detriment to the individual’s well-being. This suggests that we in the West have a very ineffective and harmful way of dealing with these strange experiences. Mainstream psychiatry stifles these experiences under the banner of ‘treatment’. We punish people who become intensely introverted, or who cannot control unconscious processes from surfacing, by incarcerating them in ‘special prisons’ (mental institutions). The ‘patient’ – the very title of which segregates the person symbolically – is robbed of a unique mode of learning. They are forced readjust to cultural norms and are denied access to valuable and powerful experiences.

Terence McKenna has offered some great insight into this topic. As he explains, the labels ‘schizophrenic’ and ‘shamanic’ are heavily determined by the culture one finds oneself in. Our backwards approach to mental illness is the reason mental illness is a major (and growing) problem in the West, in spite of our best efforts to medicalise and stigmatise what many consider to be perfectly normal experiences which stem from a philosophical, existential, spiritual or personal crisis. McKenna highlights how we lack a tradition of shamanism in industrialised societies. Those who maintain the status quo are terrified of what they call ‘madness’ because it involves an overturning of value systems and a radically different take on reality.

As McKenna argues, “A shaman is someone who swims in the same ocean as a schizophrenic, but the shaman has thousands and thousands of years of sanctioned technique and tradition to draw upon.” The demonisation of those with ‘schizophrenic symptoms’ in society, as revealed by the fact we treat such people on a par with prisoners by locking them up, makes schizophrenia incurable. Mental institutions are designed (whether intentionally or not) to make you crazy and to keep you crazy. Psychiatrists in the West believe that if an experience is unpleasant, painful or difficult that it must, therefore, be stopped or numbed with mood-altering drugs. However, shamans are taught to find value from such experiences and to grow from them by confronting them head-on. The same applies to psychedelic experiences. A ‘bad trip’ often comes from approaching a difficult experience with resistance instead of intention, courage and acceptance.