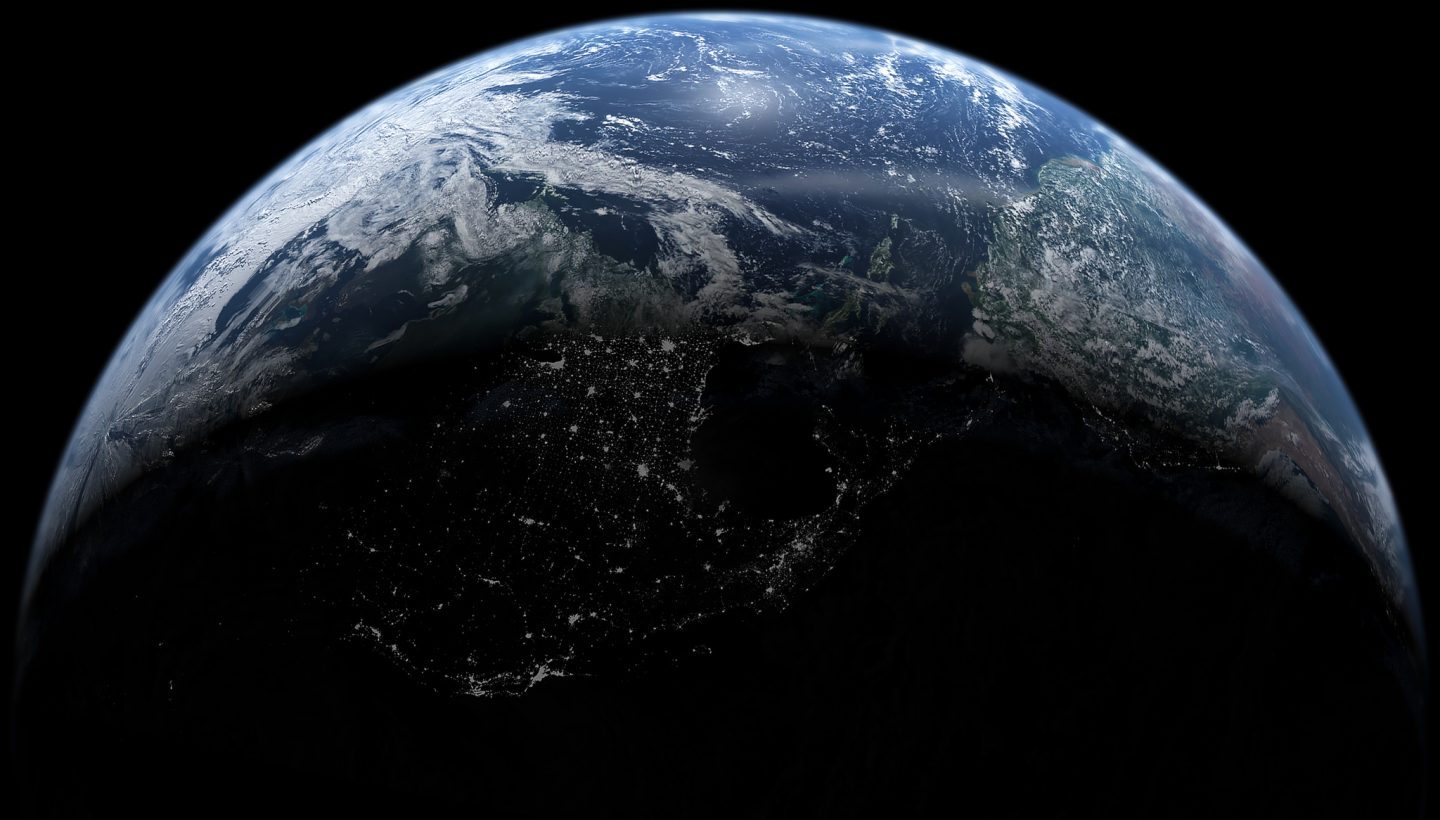 James Lovelock (born 1919) is an independent scientist from Devon who, after developing his famous Gaia Hypothesis, gained a notorious status in the scientific community. Gaia is the name of the Greek goddess of the Earth or Mother Earth, as she is also called. This goddess is referenced to in The Homeric Hymns which date back to the 7th century BC. In the hymn, Gaia is described as “mother of all” and as the goddess that “feeds all the creatures in the world.” The ancient Greeks saw the planet Earth as sacred and something to be worshipped, since it had its own intelligence.

This ancient idea is also similar to the concept of anima mundi (which means ‘soul of the world’) which has been a popular concept in Daoist, Hindu and Buddhist thought. In the late 60s, Lovelock would come to develop his own ideas about the Earth. His idea would bear some resemblance to more ancient outlooks on the Earth, but with a much more scientific basis. Or as ecologist Stephan Harding puts it in his book Animate Earth, the Greeks understood the sacredness of the Earth through intuition and feeling, while Lovelock understood it through rationality and thinking.

Lovelock was introduced to the idea of a ‘living Earth’ through his work for NASA in the 60s, who at the time were trying to figure out the easiest way to detect life on Mars. Lovelock was already famous as an inventor at the time (he would controversially claim that he invented the first prototype of the microwave as we know it). He invented the electron capture detector (ECD) which Rachel Carson (author of Silent Spring) would use in detecting DDT and other dangerous pesticides, which can cause serious damage to the environment, not to mention our health. NASA needed Lovelock to devise an instrument which could detect life on Mars. However, Lovelock already favoured a holistic perspective, which means he viewed natural systems as wholes, instead of focusing the isolated, individual parts of the whole. For example, it is clear the life on Earth affects the Earth’s atmosphere – it is only because of photosynthetic organisms that oxygen exists in our atmosphere.

So Lovelock decided to analyse the atmosphere of Mars in order to see if it reflected any signs of life. Based on data from the astronomer Lou Kaplan, Lovelock could clearly see that the atmosphere of both Venus and Mars was composed mostly of carbon dioxide, with no chemical reactions going on. This is very different to how things operate in Earth’s atmosphere. Lovelock told NASA then that it looked like Mars was a dead planet.

The next insight Lovelock received was that the ratio of oxygen to carbon dioxide to nitrogen in our atmosphere has remained pretty much constant for the past 300 million years. How could our atmosphere be suitable for life for so long? In an atmosphere in which chemical reactions were constantly taking place, you would think that levels of oxygen would rise and fall unpredictably, especially given such a long period of time. A thought then came to Lovelock. Maybe life on Earth is involved in not just providing the chemicals of the atmosphere, but also in regulating the amounts of them so that the environment would always be suitable for life.

It was already well known that organisms perform this kind of self-regulation within their own bodies, called homeostasis. Lovelock thought to himself: if organisms can create a life-sustaining balance of chemicals in their bodies, why couldn’t the Earth do the same? It was in the autumn of 1965 that Lovelock first considered the idea that the Earth is a huge, living, self-regulating organism.

The second piece of evidence for the Gaia Theory was that the surface temperature of the Earth has remained relatively constant for the time life has existed on it. Lovelock had a difficult time persuading other scientists of his revelation since the term Gaia is not a very scientific one and is associated with ancient ideas, spirituality and the New Age movement. One famous scientist did take a liking to the idea, however.

Lynn Margulis (1938-2011) was famous for developing the endosymbiotic theory, which says that the eukaryotic cell (which makes up plant, fungal and animal life) is a symbiotic union of more primitive prokaryotic cells. Like Lovelock, her ideas were very unorthodox at the time, so she could probably sympathise with the negative reactions the Gaia Theory was receiving. Margulis would help Lovelock work out the details of how microbes affected the atmosphere of the Earth, as well as its surface temperature. As a side note, it was actually William Golding who gave the name Gaia to Lovelock’s idea of a self-regulating Earth, not Lovelock himself.

There is now quite a lot of evidence for the Gaia Theory. For example, it was previously thought that cloud formation was a purely physical or chemical process. But it turns out that life is actually heavily involved in the process – algae release sulphur that helps the condensation of clouds which hang above the open ocean. These clouds not only help regulate the Earth’s temperature but help return sulphur to ecosystems as well when it rains. Oceanic salinity (or the amount of salt in the water) has remained constant at about 3.4% for a very long time, without the oceans ever becoming too salty or not salty enough for life to flourish.

The Gaia Theory has received a number of criticisms. Richard Dawkins in The Extended Phenotype (1982), for example, argued that the planet cannot be ‘alive’ because it did not evolve through natural selection. If it did, then our planet would be the offspring of other parent planets, but clearly, it would be crazy to think that. You could say that the most basic feature of all living things is the ability to reproduce and since the Earth cannot do reproduce (it has no DNA) then it cannot be alive. I think Lovelock would accept that he probably used the terms ‘alive’ and ‘organism’ in more of a metaphorical sense, just to get his point across about how the Earth is self-regulating.

A more general criticism of the theory was that it was teleological; the view that all things have a predetermined purpose. However, the Gaian view of the world isn’t any more ‘teleological’ than the view of the parts of the body working together to achieve a healthy body. Margulis responded to the criticism from Dawkins by claiming that Darwin’s vision of the world is not wrong, only incomplete given the overwhelming evidence for the Gaia Theory. There doesn’t seem to be any obvious conflict between seeing each individual organism and its genes as selfish (as Dawkins does) and seeing groups of organisms and ecosystems as maintaining habitable conditions on Earth. Symbiosis and co-operation are common in nature, even with all the competition that goes on.

Support for the Gaia Theory comes from modern ecology which stresses a holistic view of the world, claiming that the planet as a whole has its own set of properties, distinct from the properties of the Earth’s individual parts. Another important concept in modern ecology is the biosphere which is the total sum of ecosystems on the planet. The different ecosystems interact with each other to regulate the flow of energy and nutrients on a planetary scale.

Aldo Leopold, in his book A Sand County Almanac (1949) would promote his environmental ethic which took the holistic view of the planet into consideration. In the chapter “The Land Ethic”, Leopold includes soils, waters, plants and animals as having value and said that: “A thing is right when it tends to preserve the integrity, stability and beauty of the biotic community. It is wrong when it tends otherwise.” Another interesting environmental ethic, which is consistent with the lessons of the Gaian view of the world, is the ‘Deep Ecology Platform’, developed by philosopher Arne Naess.