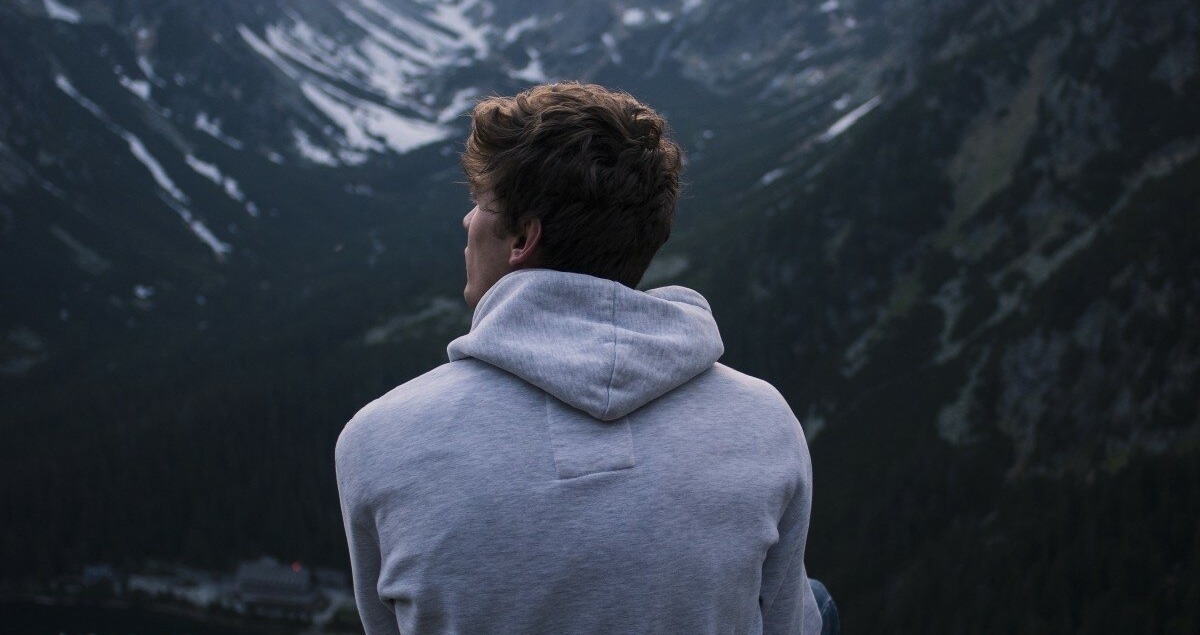 Being down-to-earth is an admirable and valuable personal trait. Down-to-earth people are realistic – they avoid illusions and pretensions when evaluating themselves and the world. The opposite of this reasonableness could entail a number of negative characteristics: self-aggrandizement, self-importance, delusional ambition, utopianism, and being over-idealistic.

But down-to-earthness is a difficult balancing act. How do you ascertain whether a judgement about your capacities is realistic or self-limiting? What is the difference between respectable ambition and arrogance? When is someone being confident or overconfident?

I know that I easily fall into the trap of self-limiting beliefs, that I habitually trip myself up before even getting started on working towards a goal or fulfilling some sort of potential. For others, however, the pendulum can swing the other way, moving from self-doubt and inaction towards an over-idealistic mindset. This often involves inflated self-esteem and ego stroking. When you are being over-idealistic, you may convince yourself that you are more intelligent and able than you actually are. People who are ambitious might baulk at the whole notion of being ‘over-idealistic’, believing that the term is toxic, cynical, and unproductive. The self-helpy, motivational quote-sharing types will tell you that the sky’s the limit, anything is possible, and that anyone can manifest their dreams.

Of course, single-mindedly pursuing your long-term goals is something to be applauded, not snidely mocked. But we also cannot ignore that overconfidence is a real trait. It is not a cynically invented term to crush the dreams of the hopeful. For example, we can see overconfidence in the form of the Dunning-Kruger effect, a cognitive bias that describes the tendency of people with low ability to overestimate their abilities. It’s illusory superiority.

A lack of down-to-earthness was something I noticed in the digital nomad culture while living in Thailand. I admit that there’s a danger of sounding pessimistic when commenting on and criticising the goals of others’ (perhaps it’s as a sign of my own insecurities). Nonetheless, airy-fairy goal-setting is a problem in the entrepreneurial world – it’s something that many digital nomads fall prey to.

Hopeful optimists tend to have an American Dream-type attitude about the world and their participation in it. This way of thinking may feed a person’s drive and motivational energy. But it can also backfire. After all, an optimism bias can lead to serious disappointment when your dreams don’t become a reality. Which is something that happens – time and time again. I don’t want to make out that there’s anything wrong with motivating and positive messages. I just believe it’s worth stressing the wisdom of pessimism, too.

At the same time, you can be overly pessimistic. And I’m sure I have been guilty of underestimating my abilities and attributes, especially in terms of my career. This kind of self-limiting thinking leads to self-limiting behaviours, such as avoiding tasks and challenges, not out of laziness but out of an ingrained belief about one’s destiny for failure.

I feel that honest reflection and a striving towards balance is key in avoiding limiting beliefs. When you are being down-to-earth, you recognise that failure is a possibility rather than a certainty; that you are capable of achieving a great deal, while at the same time aware of the fact that things often go awry: accidents, misfortunes, mistakes, and flaws are the inevitable consequences of living in an ever-changing world as a clumsy human. For this reason, people who are down-to-earth tend to be humble, equanimous, self-accepting, and tolerant of others.

A balanced and sincere appraisal of yourself and the world doesn’t frustrate your motivation and zest for life like a self-limiting mindset does. Instead, it allows you to pursue your goals with a perspective grounded in reality, helping you to avoid both the delusions of overconfidence and the restraint associated with self-limiting beliefs.

If you are over-idealistic or self-limiting, then there is disharmony between your expectations and reality, which leads to inevitable dissatisfaction. In contrast, when you are being down-to-earth, you gain a level of clarity that will allow you to experience a greater degree of satisfaction in life.