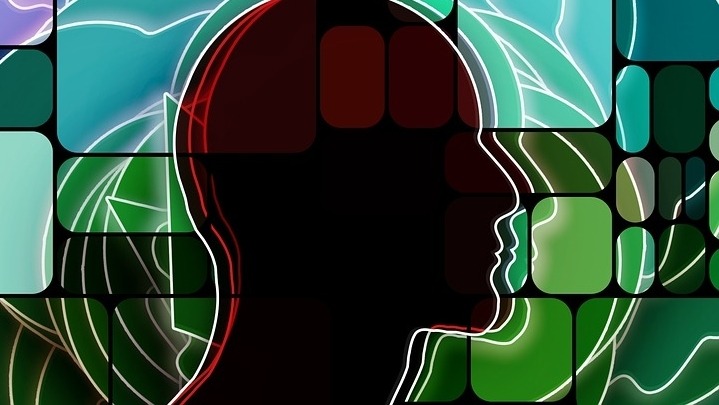 Consciousness is present throughout our everyday lives and in every situation, we are involved in, be that solving a problem or dreaming in a state of deep sleep. However, if I try to pinpoint one common, underlying feature in these experiences, in order to realise what defines consciousness, no one aspect of the experience palpably stands out. Because of this fact, philosophers have struggled to define consciousness in a monolithic way and have instead attempted to discern either different aspects of consciousness or emphasise features of consciousness which make it distinctive.

The plausibility of these attempts will be discussed, which will help to establish whether the question, “what is consciousness?” is actually a sensible question to ask, especially considering how there is no complete scientific account of consciousness to date. However, with physicalism being the most dominant theory in philosophy of mind and with neuroscience making progress in understanding the mechanisms of consciousness, such a question is not necessarily immune to a definitive answer.

Thomas Nagel, argues in his seminal paper, What Is It Like to Be a Bat? that subjectivity and the qualitative nature of consciousness are undeniable and central to understanding the subject matter. For Nagel, it is not so important exactly which organisms possess consciousness or how many levels of consciousness actually exist. What does matter for Nagel is that if an organism is capable of conscious experiences, then “there is something it is like to be that organism.”

This ties in with the fact that consciousness is subjective in nature. For every organism which has conscious experiences, be that a human or a bat, each experience had by that organism comes with a point of view which is impermeable to objective analysis. By this, I mean that when I have an experience, there is something it is like to have that experience and only I can have this knowledge. Someone may be able to physically understand the reason and cause for my experience, but as Nagel points out, “an objective, physical theory will abandon that [subjective] point of view.”

Nagel is able to emphasise this point very well through his example of how it is impossible to know what it is like to experience the world via the sonar apparatus of a bat. Bear in mind, though, that this aspect of consciousness does not prevent the cognitive sciences from understanding consciousness. Rather, it highlights that neuroscience, through its kind of methodology, cannot inform a person what it feels like for a bat to experience the world by means of sonar.

I’ll begin by examining what appears to be the simplest classification, one which makes a distinction between ‘phenomenal’ and ‘psychological’ consciousness. David Chalmers makes this distinction and it seems to be useful in also distinguishing between the kinds of conscious states which are available to humans and those available to non-human animals. Phenomenal consciousness, for Chalmers, is synonymous with sentience, which basically means the ability to sense, feel, and be aware of your surroundings. All conscious creatures are sentient. This is why animal activists stress to the general public that many non-human animals are sentient and feel pain in the same way humans do.

Psychological consciousness, on the other hand, tends to be equated with sapience, which usually means the ability to rationally plan actions in order to achieve some definite end. Humans are considered the only species which possesses sapience, signified by the Latin name for our species, Homo sapiens. This is a helpful distinction because, in a way, it suggests that consciousness can be of a ‘lower’ or ‘higher’ order. Nevertheless, whilst it can be argued that this division is useful in its simplicity, it lacks a true grasp of the variety of conscious states, which can range from someone being barely conscious to having self-awareness (awareness of oneself as an individual, and your feelings, sensations, thoughts, behaviours, habits, and so on), meta-cognition (thinking about thinking), and meta-awareness (being aware that you are aware).

The Spectrum of Consciousness

Already, we can see how troubling the concept of ‘consciousness’ is as a unified phenomenon, so perhaps conscious states lie across a spectrum of intensity and quality. In fact, D.M. Armstrong makes a strong case for this. Armstrong begins at the end of the spectrum that people would normally call ‘unconsciousness’. This is a tricky term to use because a person may be unconscious, if they are in a dreamless sleep, for example, but they can still possess mental states, such as memories, knowledge, and beliefs. Clearly, the presence of these mental states means that someone in a dreamless sleep or in a coma is not completely unconscious. Yet since they are not perceiving or thinking, Armstrong believes these people are ‘minimally conscious’.

Unlike perceptual consciousness, introspection involves perceiving one’s own mental states, rather than perceiving the outside world of objects. Compared to non-human animals, this can be thought of as a heightened sense of consciousness. Many neuroscientists have argued that the ability to introspect can be explained by the enlargement of our pre-frontal lobes in recent evolutionary history.

Now that Armstrong’s continuum has been described, one may assume that all mental activity can be accounted for by appealing to this classification system. However, in order to properly understand what consciousness is, one has to also understand what it is not. This will serve to illustrate how a full understanding of the mind does not follow from a full understanding of consciousness. As a case in point, Siddharta Gotama (or Buddha) was the first to speculate on the idea that there are mental states, such as desire, which we are unaware of.

Sigmund Freud and Carl Jung called this aspect of the mind ‘the unconscious’ and it is responsible for many of our actions. In psychology, this contrast between the ‘conscious’ and the ‘unconscious’ is valuable because it illuminates what could be called the essence of consciousness; namely, that it involves awareness in some way. Unfortunately, this analysis may be too simplistic. Although I believe that what characterises consciousness is its subjective nature and the raw feeling of an experience, it is vital to re-iterate how diverse conscious experiences can be. And so there remain other features of consciousness which philosophers have focused on.

Other Essential Features of Consciousness

In his book The Rediscovery of the Mind, John Searle explores various features of everyday consciousness which have been omitted from the discussion so far. The two most inexplicable features of consciousness that Searle directs our attention to are: unity and the stream of consciousness. The two are closely linked. By unity, Searle means that when we are conscious of any environment, say a scenic landscape, we experience the environment as a whole, instead of having our attention limited to particular objects in that environment. For example, when looking at a scenic landscape, I don’t just notice one aspect, such as a river or a hilltop – I am able to experience the scene as a unified picture. Searle states that “we have little understanding of how the brain achieves this unity.”

The notion of a stream of consciousness comes into play when we think about time. In our every day lives, time passes and our view of the external world changes; yet we do not experience these changes as sporadic, random, or discrete. In contrast, our brain has the fascinating capability of ensuring a flow of consciousness, where our perceptual experiences smoothly connect to each other over time. This is so habitual that we don’t even notice it. However, it is much easier to point out this feature of consciousness than it is to explain it.

There is an important phenomenon of the mind which seems to have been overlooked so far, namely, that when we are conscious, we are usually conscious of something. When we think, we think about something, and when we are awake, our sensory experiences are directed towards objects in our environment. This may seem obvious, but Searle recognises that this phenomenon, called intentionality, has a very strong relationship with consciousness. Of course, we can be in a state of consciousness, such as anxiety, without being anxious about anything in particular. Nonetheless, because the link between consciousness and intentionality holds most of the time, it is worth remembering that consciousness cannot be sufficiently understood without an understanding of other mental phenomena, such as intentionality.

What Chalmers calls the ‘hard’ problem of consciousness, on the other hand, is being able to explain how the subjective nature of thoughts and perception can emerge from physical processes. Scientific thinkers are not silent on this issue. Neuroscientist Gerald Edelman, for one, argues in his book Bright Air, Brilliant Fire, that some ‘hard’ problems of consciousness, such as the unity of consciousness, can be elucidated by the assumption that information in the brain is looped at high speeds in a global network of neurons. This would mean that auditory, visual, and memory information could be exchanged efficiently enough in order to account for the kind of unity that we experience.

It seems reasonable to conclude that consciousness cannot be defined in a one-dimensional way. It is the task of philosophy, then, to try and sensibly categorise different states of consciousness along the kind of continuum that Armstrong has put forward. Thus, at one end of the spectrum, we might include states such as dreamless sleep, whilst at the other end, we might include deep introspective states.