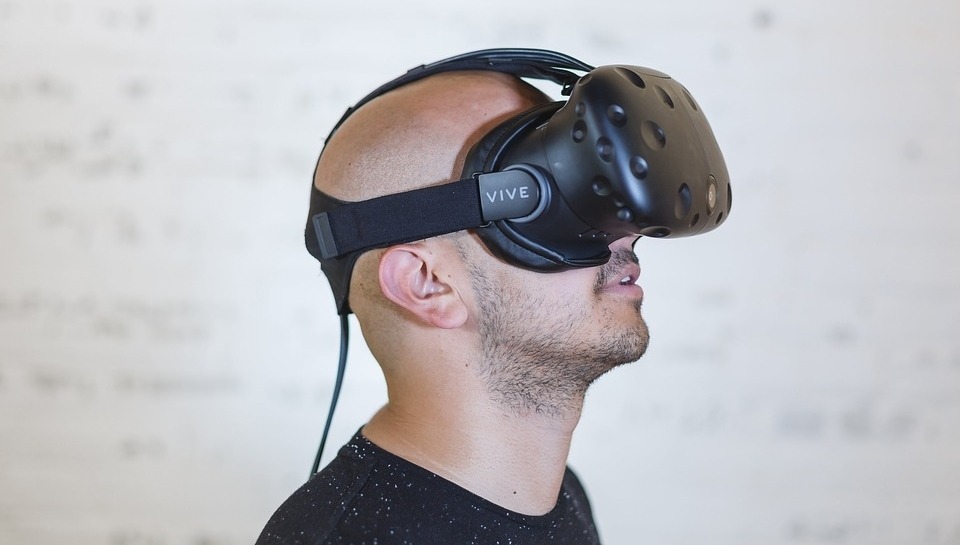 The whole concept of virtual reality – especially full immersion in a virtual, artificial world – has been a favourite topic of many science fiction writers. The idea has also featured in many speculative and philosophical questions, such as: What is reality? How do we distinguish reality from illusion? And so on. Loosely defined, virtual reality is a computer-simulated environment that can simulate physical presence in either real or imaginary places. Virtual reality technology has been used by the US military to simulate specific physical actions (such as deploying a parachute). This is an effective aid to military training. But fully immersive virtual reality, where all of your sensory input is combined to give a convincing impression of being in another world, is still in its infancy.

But with the ever-increasing advancement of technology, this kind of virtual reality, the kind dreamed up in novels and films, could be right around the corner. In the world of science fiction, virtual reality can be created by means of a sufficiently complex technology. In Olaf Stapledon’s novel, Star Maker (1937), a race of intelligent creatures on ‘Other Earth’ could enter into a virtual world by receiving radio programmes. The individual could remain motionless in their beds for the rest of their lives, receiving nourishment and medical attention by automated machines.

This life is similar to the ones imagined by Aldous Huxley in Brave New World (1932). In Huxley’s vision of a future dystopian society, people could leave their grim reality and enter into a wonderful virtual reality – a holiday full of pleasure. This ‘trip’ was induced by a drug called soma (a powerful psychoactive drink that was ritually used by ancient Indian mystics). Drug-induced virtual reality was also explored by the science fiction writer Philip K. Dick. In his novel, The Three Stigmata of Palmer Eldritch (1965), for example, a new drug called Chew-Z sends users into a nightmarish world controlled by the mysterious puppet-master, Palmer Eldritch. In all likelihood, however, virtual reality will be commercially available in the future by technology and not through drug-induced hallucinations.

The most exciting development in virtual reality, which has an immediate implication for video games, is the Oculus Rift. The Oculus Rift is a virtual reality headset designed for immersive gaming. This video explains how the components of the Oculus Rift headset work together to create the illusion of being immersed in an imaginary world. Such technology will become more refined in the future, so we are not able to create fully immersive virtual realities just yet. On the other hand, progress is being made. Along with the Oculus Rift headset, sensors can be placed on the limbs, so that the movement of one’s real limbs triggers the movement of one’s virtual limbs. Users can also move about on a small circular treadmill, which can create the illusion of moving within the virtual world. Having earphones on, so that you can listen to the sounds of the virtual world, can also add to the overall experience. For full immersion, the technology will need a lot of refinements. One issue so far is “simulation sickness” (a kind of motion sickness), which the developers of Oculus Rift are trying to resolve.

The futurist Ray Kurzweil predicts that by the year 2019 (a mere 6 years in the future), haptic technology will be fully matured. Haptic technology is technology that reproduces the sensation of touch by applying forces, vibrations and motions to the user. Haptic technology, along with visual and auditory-virtual reality (through headsets and headphones), will be completely convincing. Kurzweil says that “virtual sex” will be commonplace.

Virtual sex could be an effective way to deal with the global overpopulation problem. By the year 2029, he predicts that direct brain implants allow users to fully immerse themselves in a virtual reality, presumably with all the necessary sensory information provided; so not just vision, hearing, touch and movement, but also taste and smell.

Kurzweil has also said this can be achieved by through the use of nanobots. These nanobots will stimulate neurons directly so that no external equipment is needed to create the virtual world. Then by the year 2049, he predicts that virtual reality will be completely indistinguishable from normal reality, which has some interesting, but also scary, philosophical implications. If these realities become indistinguishable, could this mean that our ‘real’ reality might be some sort of computer simulation?

A strange implication of fully immersive virtual reality will be the fact that we can exist in two spaces at once: one, the physical plane where our body is, and two, the virtual plane where our mind is. Jacquelyn Ford Marie, in her paper Ontological Implications of Being in Immersive Virtual Environments, calls existing in two spaces at once a “bifurcation of our Being” – an ontological state which humans can otherwise only achieve through intense psychedelic experiences and out-of-body experiences.

The future of virtual reality is still shrouded in uncertainty. For example, what are the ethical, psychological and societal implications of fully immersive virtual realities?

If we can become fully immersed in the world of Grand Theft Auto (GTA), and we can realistically attack and murder people, how will this affect our psychology and behaviour? And will this technology accelerate us towards a utopian society or a dystopian society? Right now, it’s hard to tell. Yet, many are pointing out the various benefits of this kind of technology.

The first benefit is the enjoyment of playing video games. No longer will you have to look at a screen, moving a character around using a controller. Instead, you will actually become that character and completely enter their world. This could lead to a world with even lazier kids, who become addicted to video games at a cost to their health and social life. On the other hand, virtual reality games might become the norm, but this does not necessarily entail a pandemic of addiction. Sure, some kids (and adults) will get addicted to these virtual worlds, but maybe no more so than with video games as we know them today.

There is some scientific evidence which suggests that fully immersive virtual reality can be a useful tool for learning. In one study, participants learned tai chi moves better in the immersive virtual reality than in the 2D video system. This technology could, therefore, be applied to the learning of any subject. The educational benefits could be vast. There is evidence that virtual reality can help treat phantom limb pain (where an amputee experiences pain where their limb used to be). It seems like the more immersive this technology becomes, the greater its scope for medical treatment becomes. In addition, Virtual Reality Exposure Therapy has given promising results for the treatment of post-traumatic stress disorder (PTSD).

Some argue that there is an ethical dimension to this technology. One consequence of fully immersive virtual reality is that people might ignore their moral duties (to friends, family and society at large) because they become locked into an artificial world in which they are infinitely happier. A debate could also arise as to whether happiness is something that should be strived for in the real world or whether happiness is good in itself, regardless if it is based in reality or not. A psychological implication of fully immersive virtual reality could be a world of depressed people who fear reality, and who depend on virtual reality for satisfaction and become unable to enjoy the real world. Part of human nature is the need to develop interpersonal relationships – we are naturally social creatures. It is not clear whether virtual reality can provide for this need. It may make us detached from the ordinary world, leading to increasing rates of social anxiety.

On the other hand, virtual reality could lead to humanity becoming even more connected. Another interesting societal implication would relate to material goods and possessions. Would there be any need for these things when we can create them before our eyes in virtual space? The nature of business could be radically altered as well. Why fly to another country have a meeting when you can have a face-to-face conversation with your associates in a virtual setting? Would the world really be such a terrible place if, like in Olaf Stapledon’s science fiction scenario, everyone was immersed in virtual reality 24/7? People could achieve anything they wanted, whenever they wanted. Furthermore, at least we wouldn’t be destroying the planet and all the species that live on it. As with any transformative technology, its implications – whether beneficial or harmful – depend on how humans apply it. It’s up to us whether we want to create a heaven or hell on earth.

Is DMT an Effective …