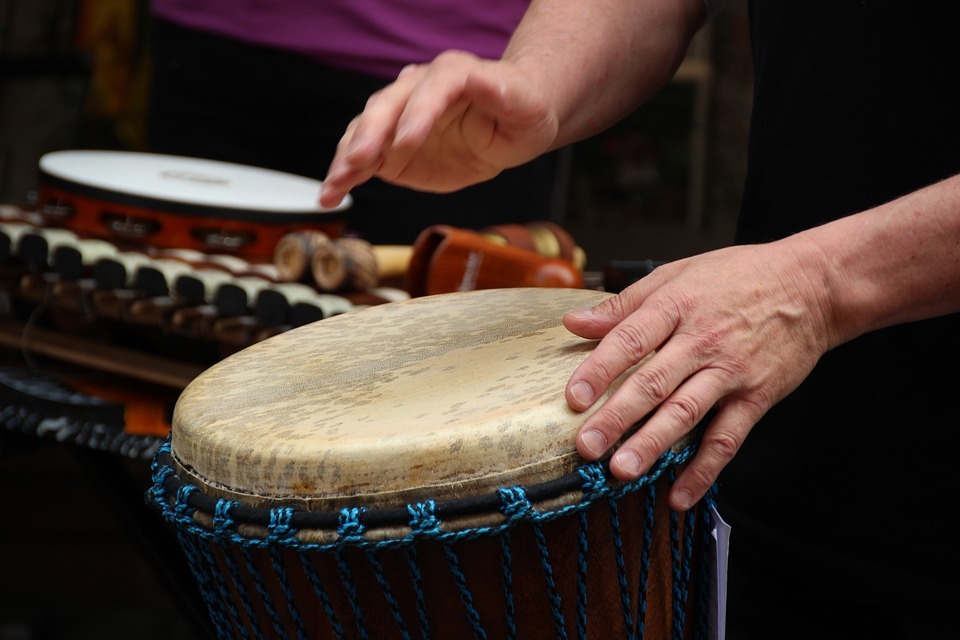 Music is universal. It is found in all cultures and societies, and it is something which humans seem compelled to create. Even indigenous tribes who are completely cut off from the civilised world will feel the urge to create music, whether it is through drumming, chanting, the use of full-fledged instruments, or a combination of these. But while we know that music is universal, and has diversified over time, when did music originate? How did music evolve? And what did primitive music sound like?

These are difficult questions to answer, and it may be impossible to give a complete picture of the origins of music. If we assume that music is ancient, that is, much older than the oldest musical instruments that archaeologists have uncovered, how can we know what that music sounded like? Sound recordings and musical notation did not exist before the written language, so it is almost impossible to imagine what primitive music might have sounded like. Despite these mysteries, there are still some interesting theories which aim to explain how music itself evolved.

One theory argues that the evolution of music was only possible once humans began to walk upright (this is called bipedalism). Once humans became bipedal, our brain rapidly increased in size in order to handle the complexity of this new kind of movement. Professor of evolution, Leslie C. Aiello, suggests that this increase in brain size is not only what made our impressive intelligence and linguistic capacities possible, it also set the stage for the evolution of music. Walking upright also changed the structure of our throat. Sophisticated vocalisations, such as language and singing, could emerge because the larynx (the voice box) sat far deeper in the throat compared to other primates.

Bipedalism also gave humans a greater sense of rhythm – rhythm being an essential component of music. Brain mechanisms had to evolve in order to coordinate muscles to walk and run. Professor John Sloboda has said that “music is the embodiment of the physical world in motion”. In other words, music can be viewed as a creative expression or a reproduction of the rhythm that our own bodies produce. In fact, many Western musical terms seem to support this idea. The terms describing the tempo of music are lento, andante and corrente, which respectively mean “slow”, “walking”, and “running”.

Other scientists that expressions of rhythm evolved to serve certain social functions. For example, studies have shown that oxytocin (a hormone which produces a feeling of social bonding) is released when people sing together and during ritual performances. There is also no doubt that many ancient drums that have been dug up were used by tribes during wars. The rhythm created by the drum could be used both to coordinate the movements of the group, as well as to terrorize the enemy. Rhythm clearly still plays these roles today: with drums being used in the military, and in communal activities, such as sports and dancing.

The evolutionary scientist, Joseph Jordania, has suggested that music evolved primarily for predatory purposes. He says that music is one component of a system used by our ancestors in order to prepare our ancestors for battle – other components would include dancing and body painting. Singing, drumming, rhythmic body movements and striking body painting, Jordania proposes, evolved to threaten the enemies of the tribe. Furthermore, the singing, drumming, and rhythmic dancing would put the tribe into an altered state of consciousness, what Jordania calls a “battle trance”, so they would be less likely to experience fear and pain. This trance state could also increase group solidarity, say if there was some kind of group religious experience. To support Jordania’s argument, it is a well know fact that rhythmic drumming, chanting, and dancing can create altered states of consciousness and trance states.

Jordania also argues that basic forms of music, such as humming, could have evolved for two reasons: the first to communicate a sense of safety (I.e. there are no predators about, so let’s gather food), and the second to communicate a sense of danger (i.e. there are predators about, so let’s retreat). Jordania suggests that silence would be a sign of danger for humans, so humming (and other musical sounds) could act to relax humans when carrying out important activities.

The anatomical changes in humans also meant that basic grunts could be transformed into melodies. Dr Daniel Levitin argues in his book, This Is Your Brain On Music, that our more primitive ancestors would have taken advantage of any ability which served to strengthen social bonds. He argues that singing songs of joy, love, and comfort would increase solidarity and feelings of goodwill among the tribe. Evidence shows that listening to music stimulates the pleasure and reward centres in our brain – so Dr Levitin is asserting that these same feelings of pleasure when listening to an uplifting song, were experienced by our ancestors as well. On the point of bipedalism, it is also worth reminding that the playing of instruments depended on us walking upright. Walking upright meant that our hands were free to make tools, weapons, structures, and, of course, musical instruments.

Levitin also makes the point that music evolved because it was an effective way to transmit knowledge and information to children. He claims that humans would have sung about farming, hunting, superstitions, and history. These songs, which could be repeated and passed down, would be an effective way to ensure that children retained the information they were being given. Since writing had not yet been developed, this might have been the best method available for encoding valuable information. We know, for example, that the ancient Hebrews did the same thing. They memorized the Torah in chant and song before they were able to write it down 1,000 years later. In addition, everyone knows how easy it is to memorize something when it is in the form of a song – for whatever reason, music appears to make learning a lot easier.

All of these theories so far assume that music evolved for an adaptive reason; that is, that music evolved because it carried with it some obvious survival value. However, others assert that music evolved as a by-product of something else that was useful for survival. The famous evolutionary psychologist, Steven Pinker, is committed to this viewpoint. In his book, How the Mind Works, he says music is “auditory cheesecake”, in the sense that it was beneficial for our ancestors to have a preference for fat and sugar, but this does not mean that cheesecake played a role in the evolution of that preference. Music, therefore, can be thought of as something complex and pleasurable which we have invented, but which is essentially useless and non-adaptive.

Perhaps music can be both adaptive and non-adaptive, depending on the situation. In the context of social bonding, battle, and hunting it can be adaptive; whereas in the context of making music for the sake of pleasure, it can be non-adaptive. That said, if an activity increases our well-being and satisfaction, so long as that activity does not put us at risk, is that activity not adaptive? In Pinker’s “auditory cheesecake” theory, the difference between music and cheesecake is that music is not harmful to us, whereas cheesecake, with its high levels of fat and sugar, is harmful to us. Perhaps music is adaptive for the simple reason that it uplifts our mood, and that this increase in well-being is more conducive to survival and reproduction.