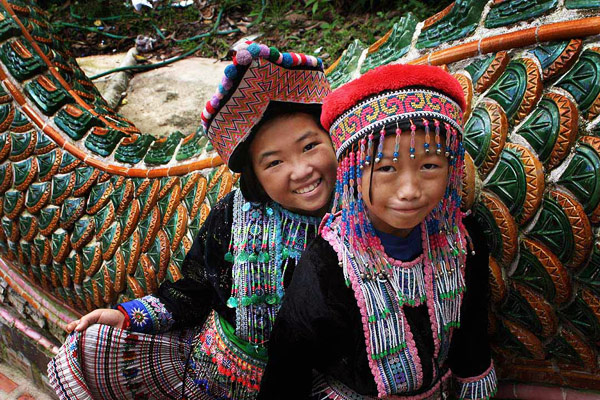 Travelling ethically means taking into account the consequences of your actions – how your travel choices and experiences impact people and the environment. You can do certain activities abroad that benefit cruel industries or you can make decisions that benefit local communities and wildlife instead. When these decisions are consistent with your moral principles, this shows that you are travelling with personal integrity. It’s easy to ignore, deny or downplay the negative effects of travel, especially when you just want to enjoy your adventure without getting bogged down with guilt. However, the dark side of tourism is able to flourish because of a lack of awareness, rather than people wilfully prioritising their personal enjoyment over human or animal suffering.

In this respect, it is worth drawing attention to travellers’ obsession with having ‘exotic’ experiences at the expense of people or animals. Elephant riding in Thailand is one example of this. Unwittingly, travellers are funding cruelty against endangered Asian elephants for the sake of an exotic experience that they can share on social media. I’m not blaming them – it boils down to a lack of awareness after all – but I think it’s important to remember that with animals being used for any sort of entertainment, their well-being is likely jeopardised.

The same applies to the Tiger Kingdoms in Chiang Mai and Phuket and the Tiger Temple in Kanchanaburi province (where 40 tiger cubs were found dead in a freezer). There is debate as to whether the animals are actually being sedated to allow people to pet them and pose next to them. Staff at these centres reassure travellers that they are not drugged; they say the animals’ placid and tame nature is due to how they’ve been trained. And many tourists trust these remarks, but other visitors aren’t convinced. On the other hand, one travel blogger who volunteered at the Tiger Kingdom in Chiang Mai reveals that there is no evidence (or good reason) for them to be drugged.

Nonetheless, even if these tigers aren’t being sedated, you have to take into account that these animals are still being exploited for profit. They cannot be released back into the wild (despite the Kingdoms claiming to be involved in conservation efforts); the adult tigers are kept in isolated cages 24 hours a day (except for photos), and at the Kanchanaburi centre, an investigation found the animals had been beaten, and deprived of food and water, in order to reinforce the dominance of the trainers. The WWF also highlights how the Tiger Temple in Kanchanaburi was “selling tigers and tiger parts on the black market for an enormous profit.”

In Chiang Mai, there are also countless tourist agencies offering trips to visit hill tribes in the mountains. The hill tribes are not the indigenous people of Thailand, but Burmese refugees, who some say are being exploited in the name of tourism. Tourists come to snap some photos of the Padaung, commonly known as the ‘long-necked women’, but some human rights advocates argue the tourist attraction is nothing more than a ‘human zoo’. And their gut feeling is more or less true. Thai authorities have allegedly refused to allow Kayans (another name for the Padaung people) to resettle outside tourist villages, claiming they are economic migrants and not real refugees. Apparently, some of the women don’t even want to wear the traditional metal rings around their necks, but feel pressured to do to endure the painful custom in order to make a living. 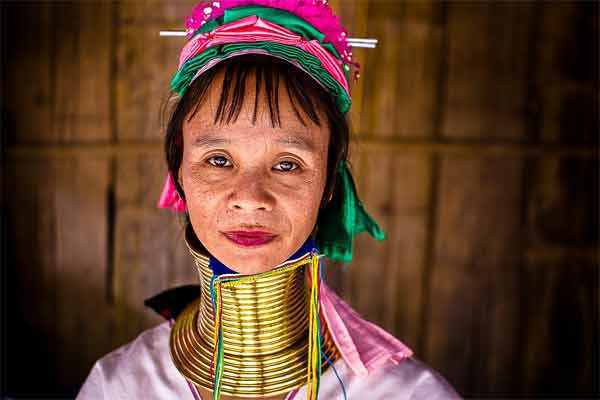 Moreover, tourist money is rarely given to the villagers directly and village owners will decrease their wages if women discuss their plight with visitors or use anything modern like mobile phones or computers. Here again, we can see the self-centredness of travel (I want to have an exotic and authentic experience) causing real harm. This obsession with wanting to visit an authentic place is curious, because what it really means is that people want to see a place or a people completely devoid of modernisation and development, and therefore making that person seem more ‘cultured’ or ‘travelled’ for having visited. But as interesting as it may be to view such a way of life, to wish for it to exist for your own experiential satisfaction or bragging rights is unfair to people like the Padaung, who like you, also wish to have hot showers, a living wage, the Internet, movies, music, a decent education and everything else that improves one’s quality of life.

Hopefully, this discussion has offered some food for thought in terms of travelling ethically and with personal integrity. These are just a few examples of how tourism touches on human rights and animal welfare issues. Some tourist agencies genuinely respect these issues, while others do not. This applies to the environmental considerations as well. This doesn’t mean you shouldn’t see elephants or hill tribes in Thailand, only to do your research and make an informed decision about how to travel in a way that fits in with your moral values. For example, Elephant Nature Park in Chiang Mai is a well-respected sanctuary and rescue centre for elephants that pays special attention to the physical and mental well-being of the animals. There are also socially responsible companies that will take you to visit villages that are not being exploited, as well as opportunities to learn about the village (instead of treating it merely as a photo-op).

The Fundamentals of Freelancing …