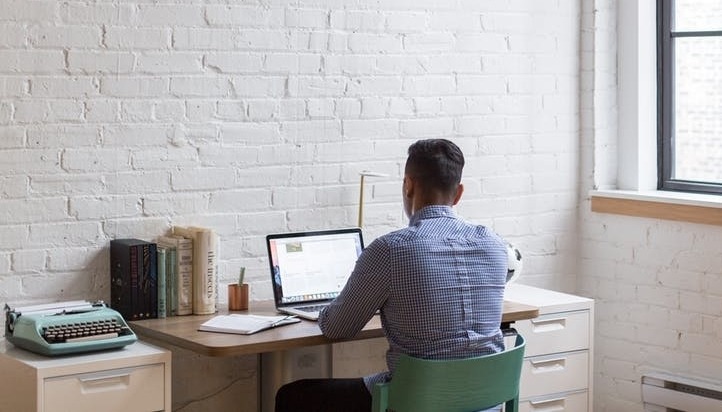 According to a survey published by Investors in People, 60% of workers in the UK aren’t satisfied in their current role. Another survey revealed that nearly 80% of Londoners are unhappy at work. And a Gallop poll shows that 23% of workers worldwide hate their jobs, with only 15% of those surveyed saying they feel engaged by their jobs, which means they are passionate about – and deeply connected to – their work.

There is no denying that huge numbers of people all over the world dislike what they’re doing for most of the day, five days a week.

We pay a serious price when we do a job we dislike, especially a job that lacks meaning and autonomy. Research demonstrates that doing a job you hate is actually worse for your mental health than being unemployed.

The writer Johann Hari argues in his recent book Lost Connections: Uncovering the Real Causes of Depression – and the Unexpected Solutions, that there are nine causes of depression and anxiety: two biological, and seven that relate to the world we live in. And one that falls into the latter category is meaningless work.

In light of this finding, it’s important in your job search and career path to think about the kind of work you would find meaningful.

Research carried out by the Australian scientist Michael Marmot in the 1970s found that the lower an employee ranks in the hierarchy of the workplace, the higher their stress levels. You would expect the boss to experience the most stress but this isn’t the case. In writing for The Guardian, Hari spells out the conclusion of Marmot’s research into employees at the British civil service:

It turns out if you have no control over your work, you are far more likely to become stressed – and, crucially, depressed. Humans have an innate need to feel that what we are doing, day-to-day, is meaningful. When you are controlled, you can’t create meaning out of your work.

Hari also tells a story that exemplifies how gaining more control over your work can do wonders for your mental health:

I found the beginnings of an answer to the epidemic of meaningless work – in Baltimore. Meredith Mitchell used to wake up every morning with her heart racing with anxiety. She dreaded her office job. So she took a bold step – one that lots of people thought was crazy. Her husband, Josh, and their friends had worked for years in a bike store, where they were ordered around and constantly felt insecure, Most of them were depressed. One day, they decided to set up their own bike store, but they wanted to run it differently. Instead of having one guy at the top giving orders, they would run it as a democratic co-operative. This meant they would make decisions collectively, they would share out the best and worst jobs and they would all, together, be the boss. It would be like a busy democratic tribe. When I went to their store – Baltimore Bicycle Works – the staff explained how, in this different environment, their persistent depression and anxiety had largely lifted.

It’s not that their individual tasks had changed much. They fixed bikes before; they fix bikes now. But they had dealt with the unmet psychological needs that were making them feel so bad – by giving themselves autonomy and control over their work.

How to Find Meaningful Work

It should be stressed that having autonomy in your work is not the only way that your job becomes meaningful. We also find meaning in work when we are passionate about it, which involves an alignment between the values, goals, and vision of the company and our own. Work that involves a high degree of personal creativity and innovation can also be extremely rewarding, as can work that we are truly appreciated for doing.

Interestingly, and this runs counter to Hari’s argument, in several jobs that involve a high degree of autonomy, 90% of people who do them fail to find them meaningful. How could that be? Well, it looks like a key factor that determines the meaningfulness of a job is whether it makes a difference in the lives of others. Jobs that are highly meaningful are those that make a significant, lasting impact on people and society.

When your well-being is on the line, it becomes palpably unwise to choose work that is highly controlled and meaningless for the sake of higher pay. That is, unless, undertaking this kind of role is part of your goal of establishing and maintaining a career that is meaningful.

The psychiatrist Viktor Frankl said that humans are defined by the ‘will to meaning’ – we find fulfilment in life by searching for – and finding – meaning. When we lead a life starved of meaning, we suffer. Our lives become stifled. But we all have windows of opportunity to correct for this. Indeed, we often underestimate our ability to carve out the kind of career path that we deeply yearn for.