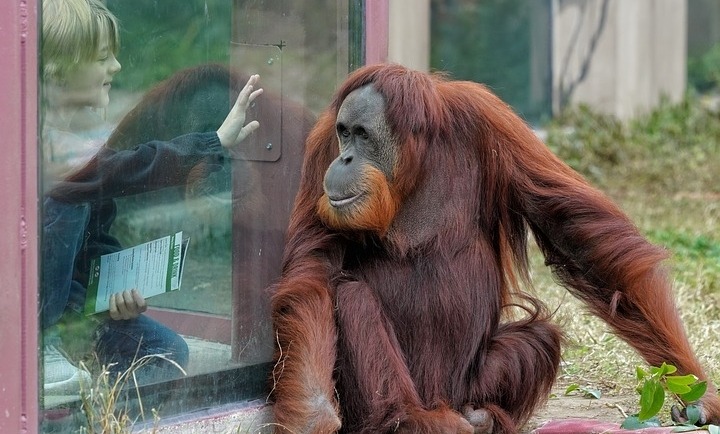 When people hear the term ‘animal rights’, it can elicit a certain reaction, which will depend on your outlook. You may think it’s absurd and meaningless to ascribe rights to non-human animals, believing rights can only be afforded to people. Animal rights may also conjure up images of those who advocate for such – perhaps thinking they are passionate and compassionate individuals fighting a noble cause, or maybe you paint them as extreme, self-righteous, and preachy.

However, if we can agree that on a fundamental level that animal rights is concerned with protecting the interests of animals, then it does seem that animals deserve a number of rights. One of these includes the right not to be held in captivity, which is violated all over the world, mostly in the name of voyeurism. But in terms of the ethical issue posed by zoos, the tide is turning.

The Cruelty of Keeping Wild Animals in Captivity

Philosophers such as Dale Jamieson and Tom Regan have maintained that zoos are morally indefensible. We may enjoy seeing wild animals in captivity – with a trip to the zoo usually being seeing as a fun, innocent, and kid-friendly tourist activity – but our enjoyment comes at a serious price.

In the case of many wild animals held in captivity, it becomes difficult to argue they have a good quality of life when you consider what their natural habitat is like. For example, a tiger or lion has 18,000 times less space in captivity than in the wild. And for polar bears, it’s a million times less space. The specific roaming needs of wild animals simply can’t be accommodated for in a zoo.

In the case of humans, we know that frustrating our natural needs causes us to suffer. For example, humans are naturally a social species, which is why solitary confinement takes such a heavy toll on the mind. It is reserved as a severe form of punishment and is usually experienced as a form of torture.

Similarly, the confinement of wild animals in artificial surroundings leads to psychological suffering. In the UK, 54% of captive elephants experience behavioural problems; lions spend 48% of their time pacing (also a sign of behavioural issues), and depression is common among captive animals who are harassed by visitors.

The Right Not to Be Held in Captivity

An Argentinian judge previously ruled that a chimpanzee called Cecilia had legal rights and should be released from Mendoza Zoo. The Association of Professional Lawyers for Animal Rights (AFADA) filed the case, arguing that confining Cecilia in a zoo without companionship was ‘unlawful’ and damaging to her health. This raises a pertinent point about how wild animals have social needs just like we do. Judge Maria Alejandra Mauricio said:

We’re not talking about civil rights enshrined in the Civil Code. We’re talking about species’ own rights: development and life in their natural habitat.

There is certainly progress in the recognition of the rights of apes. AFADA previously won a case in which Sandra, an orangutan, was released from Buenos Aires Zoo. The lawyers claimed Sandra was a non-human person because she had sufficient cognitive capacities. The court agreed that it was unlawful to deprive Sandra of her liberty.

It’s not only the great apes (orangutans, chimpanzees, gorillas, and bonobos) that many lawyers argue are legal persons, but also cetaceans (whales, dolphins, and porpoises). Professor Thomas I. White Loyola Marymount University says:

The scientific evidence is so strong for the intellectual and emotional sophistication of dolphins that there simply is no question that they are ‘nonhuman persons’ who deserve respect as individuals.

Nonhuman Rights Project President Steven Wise is also trying to change the legal status of certain non-human animals from ‘things’ to ‘persons’. But it’s a struggle. A New York court previously ruled against recognising chimpanzees as legal persons because they do not participate in society and cannot face legal consequences for their actions. In response, Wise pointed out that some humans, such as children and certain disabled people, may be held less accountable legally yet still receive full rights and have unquestioned ‘personhood’.

More recently, the Nonhuman Rights Project has been fighting for the rights of two chimpanzees, Tommy and Kiko, who live alone in locked cages. But a New York court again rejected the lawyers’ arguments, denying Tommy and Kiko legal personhood. So there is still much work to be done.

Realistically speaking, granting the great apes and cetaceans the right not to be held in captivity will be more easily won in a court of law compared to if a tiger were being represented, due to differences in complexity and intelligence. However, on purely ethical grounds, the Argentinian judge’s ruling consistently applies to other wild animals in captivity as well. Compassion must extend to the tigers, lions, elephants, polar bears, and all the other animals in cages and zoos that suffer immensely on a daily basis.

Research illustrates quite clearly that stress and lack of exercise are killing elephants in zoos. The lifespan of an elephant is only a third of what it is in the wild. Rob Atkinson, the previous head of wildlife science at RSPCA, remarked that “elephants are having a torrid time in our zoos, judging by this overwhelming evidence.” Indeed, the physical health and longevity of these animals are adversely affected whilst in captivity.

The Conservation Value of Zoos is Questionable

Many people hold onto the notion that zoos play an essential role in conservation efforts. But really, most don’t. It is estimated that less than 1% of zoos are engaged in effective conservation. All of the others are reducing the genetic integrity of these animals by breeding hybrids, which – as conservation geneticist Paul O’Donoghue points out – means they “have no conservation value”. Zoo director David Hancocks underscores:

There is a commonly held misconception that zoos are not only saving wild animals from extinction but also reintroducing them to their wild habitats. The confusion stems from many sources, all of them zoo-based… In reality, most zoos have had no contact of any kind with any reintroduction program.

Zoos spend millions on keeping animals confined; meanwhile, there is insufficient funding for the protection of natural habitats and species threatened by poachers. If zoos genuinely cared for conservation, rather than selling more tickets, then they would fund efforts to conserve species in the wild over lavish new enclosures.

The reality of zoos is quite different from most people’s preconceptions about them. One study found no evidence that zoos are doing anything meaningful to promote attitude change, education, or interest in conservation. But irrespective of this issue, zoos are actively promoting a harmful attitude in visitors; that it is acceptable to keep animals in captivity for the sake of human enjoyment. Luckily, not everyone goes away ignorantly or inconsiderately holding onto this attitude. Others visit zoos and can’t shake off the uncomfortable truth that zoos are miserable places for animals. The more we educate ourselves about wild animals in captivity, the sooner we will realise they deserve the right to live in their natural habitat.