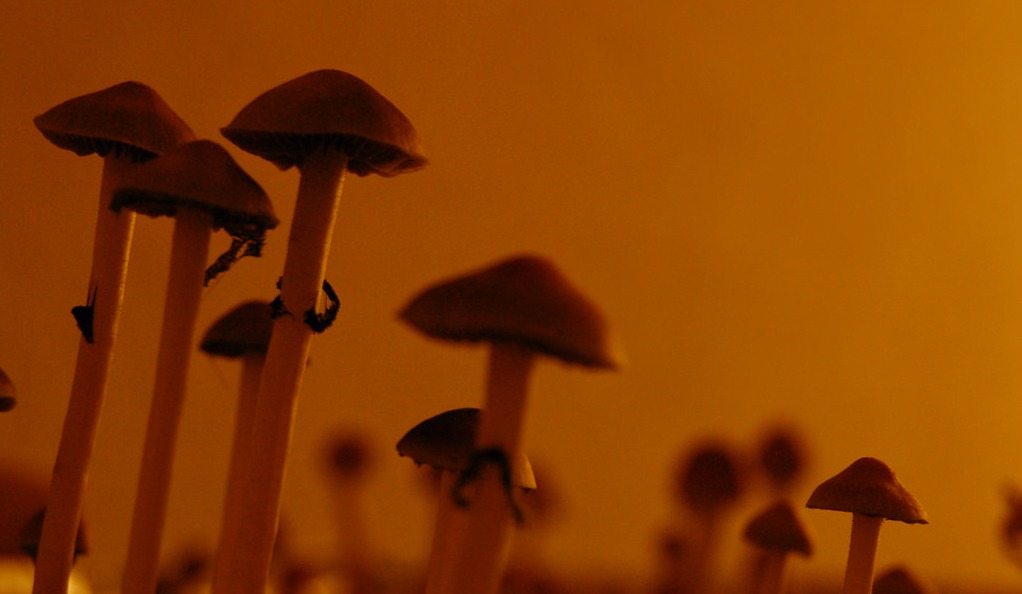 While the classical serotonergic psychedelics (LSD, mescaline, psilocybin, and DMT) are generally considered physiologically safe and non-addictive, they are certainly not without their risks. Negative experiences do occur – although, under a system where psychedelics are legal and regulated, this risk could be minimised.

For a very tiny minority with a pre-existing or latent mental illness, psychedelics could potentially act as a trigger for, say, schizophrenia – although clinical studies on this are quite scant. Stressful or emotional life events can trigger a psychotic episode in certain individuals prone to schizophrenia, so if a particularly distressing psychedelic experience does not lead to the onset of the illness, another life experience might.

Nevertheless, people who have a personal or family history of schizophrenia, psychotic depression or mania – or ongoing symptoms – should still be wary about taking psychedelics. A paper published in Therapeutic Advances in Psychopharmacology found that the uncontrolled or recreational use of DMT and ayahuasca (the DMT-containing brew) puts these individuals at an increased risk of prolonged psychotic reactions. In the general population, though, researchers have actually found no link between the long-term use of psychedelics and mental health issues. In fact, they have been shown to lead to quite drastic improvements in mental health.

The more prevalent negative effects of psychedelics are those that occur during a bad trip. Humphry Osmond, the psychiatrist who famously coined the term ‘psychedelic’ (meaning ‘mind-manifesting’) and introduced mescaline to Aldous Huxley, said, “To fathom hell or soar angelic, just take a pinch of psychedelic.” The psychedelic experience can be overwhelmingly beautiful and euphoric, but it can also be acutely horrible and nightmarish. Of course, these experiences don’t always fit into either extreme – they can be much milder, as well as shift between pleasant and more challenging states over the course of the trip.

Johns Hopkins researchers surveyed 2,000 respondents who said they have had a bad trip with magic mushrooms, with 10% who believe they put themselves or others in harm’s way. The survey also revealed that five of the respondents with pre-existing depression, anxiety or suicidal thoughts attempted suicide during a bad trip. On the other hand, six people reported that their suicidal thoughts disappeared after their worst experience. A number of clinical studies demonstrate that psilocybin can act as an effective antidepressant.

A negative or disturbing experience can, therefore, end up being beneficial in the long-term. So while we should be finding ways to minimise bad trips, it’s also important to underline the therapeutic potential of bad trips. Taking psychedelics in a supervised, controlled setting could also help ensure that, if a trip does become distressing, it can be guided and processed in a way that is conducive to well-being. If psychedelics were legal, it would also

The John Hopkins team was led by Roland Griffiths, Ph.D, a psychopharmacologist who has spent 15 years studying the therapeutic potential of psilocybin. In this survey, he emphasises that most respondents said their bad trip was “meaningful” or “worthwhile”. In addition, half of those surveyed whose bad trip was ultimately positive said it was one of the most valuable experiences in their lives. Griffiths noted:

The Importance of Setting

It is the potential of psychedelics to foster personal meaning and transformation that has spurred on research into their therapeutic applications. However, Griffiths cautions against taking psychedelics in uncontrolled environments, as this increases the risk of fear and anxiety responses leading to harmful behaviours. As he points out, cultures that have traditionally used psilocybin mushrooms for healing or religious purposes understand that they have potential dangers. And in light of this, they have devised safeguards, including careful decision-making about who should use them, as well as “a contained setting and supportive, selective monitoring.”

Legalising psychedelics could help reduce the frequency of ‘bad trips’ (and, subsequently, poor mental health) by making it easier for these experiences to take place in safe, controlled, and comforting settings.

A persistent feature in Griffiths’ studies on psilocybin is that they take place in safe, comfortable, supportive, and supervised settings. Griffiths states that the incidence of “…enduring psychological problems has been extremely low.” The Psychedelic Society, based in the UK, recognises why setting is of the utmost importance when it comes to the psychedelic experience, and so organises ‘Psychedelic Experience Weekends’. These are held in Holland so that people can take psilocybin-containing truffles in a safe and legal environment. This maximizes the potential for a positive experience. Indeed, many attendees report life-changing experiences, which arguably has a lot to do with the careful attention that goes into setting up and conducting the psychedelic sessions.

A Model for the Legalisation and Regulation of Psychedelics

If psychedelics were sold in a regulated market, then they could be accompanied with warning labels or leaflets about their various dangers, as well as advice about dosage and sensible use. Staff at licensed shops could also provide such information.

The Psychedelic Society hosted a debate on 17 December 2016 titled The Legal Regulation of Psychedelics and one proposed model for regulation echoed Spain’s cannabis clubs. In Spain, a strict membership system is in place, where ID cards are issued, which allows people to smoke cannabis in established premises. In a similar fashion, you would have to apply to become a member of a psychedelic club, society or organisation – fulfilling certain criteria (i.e. training or induction) – before you could purchase and consume these substances. With respect to his research, Griffiths says:

We are vigilant in screening out volunteers who may not be suited to receive psilocybin, and we mentally prepare study participants before their psilocybin sessions.

Perhaps a similar kind of vetting process would work for people joining a psychedelic club. In Transform’s Blueprint for Regulation, authors have proposed some ways to reduce the harms of psychedelics. Licensed dispensaries could exist alongside retreats and clubs, and include controls on dosage, packaging, and age. Nonetheless, it is unclear what age restrictions should be in place for the purchase and consumption of psychedelics – is 18 too young? Would 21 be more sensible, or even older?

Vendors could also refuse to sell products to buyers who are already intoxicated; after all, many bad trips happen as a result of mixing psychedelics with alcohol or other drugs. In addition, not all psychedelics have to be treated equally. Shorter-acting substances, such as psilocybin mushrooms could be more easily obtained than longer-acting and more potent compounds, such as LSD.

It is unavoidable that bad trips will happen, sometimes, to some people. In rare instances, a psychedelic experience can also be traumatic, deeply unsettling, and difficult to recover from. But by keeping this class of substances illegal, we throw away opportunities to minimise the risks associated with them.