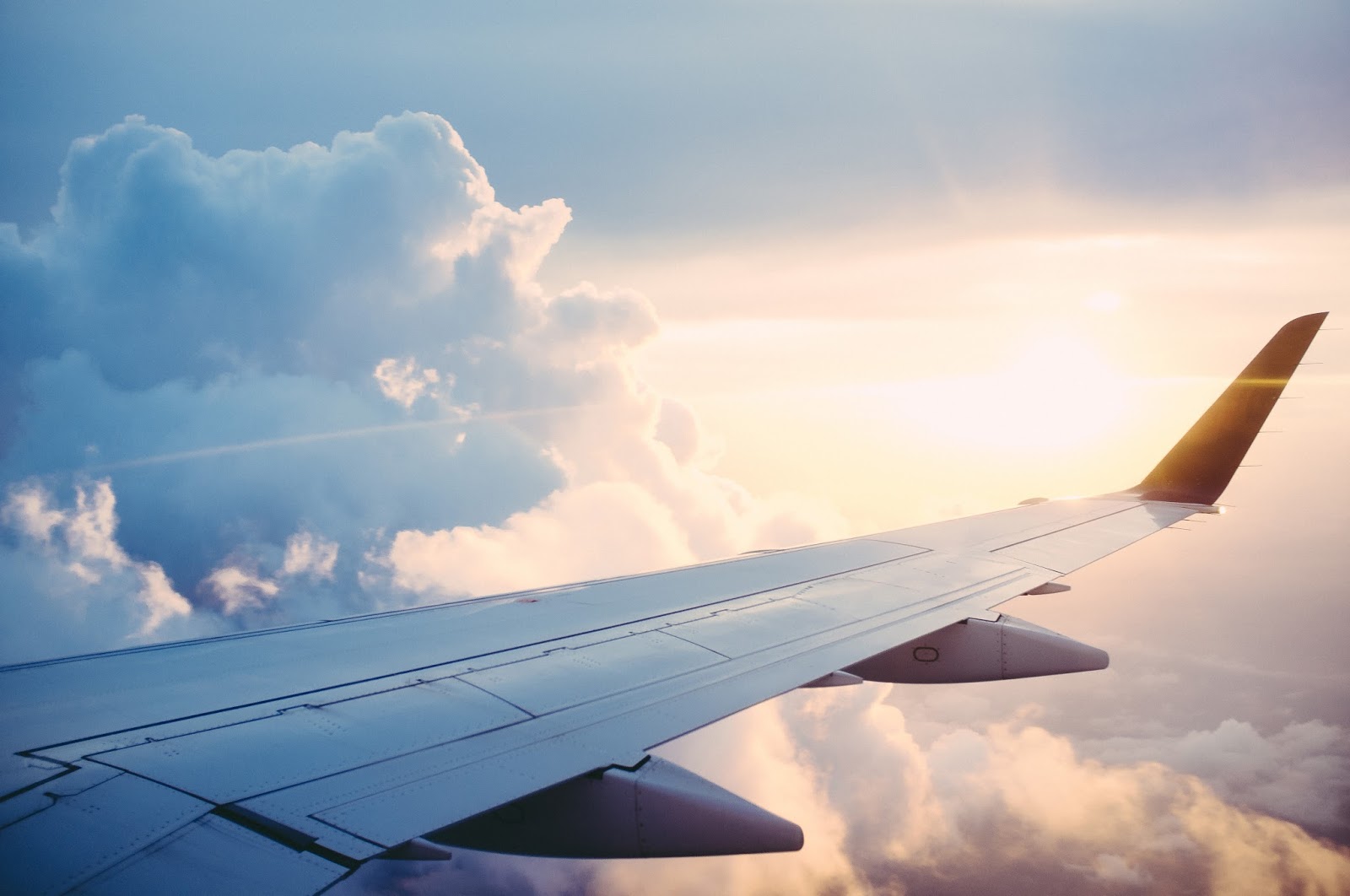 In terms of transport, flying is without a doubt the most environmentally damaging way to travel. The Environmental Transport Association (ETA) informs us that just one return flight from London to New York produces a greater carbon footprint than a whole year’s personal allowance needed to keep the climate safe. With constant warnings from climate scientists that we are approaching a ‘tipping point’ – a threshold for abrupt and irreversible change – personal choices to reduce carbon emissions begin to seem non-negotiable.

The Damage Caused by Flying

Back in 2006, journalist George Monbiot wrote an article arguing that We Are All Killers, so long as we keep flying that is. He stressed that there is no way (currently) of making high-speed, long-distance travel sustainable. As Monbiot highlights:

It’s not just that aviation represents the world’s fastest growing source of carbon dioxide emissions. The burning of aircraft fuel has a “radiative forcing ratio” of around 2.7. What this means is that the total warming effect of aircraft emissions is 2.7 times as great as the effect of the carbon dioxide alone. The water vapour they produce forms ice crystals in the upper troposphere (vapour trails and cirrus clouds) which trap the earth’s heat.

…I have been discovering, greatly to my surprise, that every other source of global warming can be reduced or replaced to that degree without a serious reduction in our freedoms. But there is no means of sustaining long-distance, high-speed travel.

These concerns have led the most eco-conscious to refrain from flying altogether. So the question has to be asked: can you really call yourself an environmentalist, or eco-conscious traveller, while relying on air travel to get around? It’s a question I barely consider when travelling, and probably intentionally ignore to avoid that cloud of guilt hanging over me as I sit in a metal tube pumping out a year’s personal allowance of CO2. Monbiot argues that many of us are fully aware of the harm caused by flying, yet we don’t really want to think about it:

This is now broadly understood by almost everyone I meet. But it has had no impact whatever on their behaviour. When I challenge my friends about their planned weekend in Rome or their holiday in Florida, they respond with a strange, distant smile and avert their eyes. They just want to enjoy themselves. Who am I to spoil their fun? The moral dissonance is deafening.

Indeed, findings show that this is the case.

Making ethical or responsible choices isn’t always easy, and often involves compromising on one’s personal interests for the sake of some wider concern or more pressing issue. However, giving up flying may seem like a huge sacrifice, especially if travelling or living abroad is something that you’re passionate about.

If you consider yourself an environmentalist, there are some ways to fly (relatively) guilt-free. If you do have to fly, you can choose a fuel-efficient airline and economy, not business class. For example, as illustrated in this useful article, the carbon output per passenger for a return flight from Amsterdam to London can be 241kg with KLM in economy class, but 730kg with British Airways in business class. In addition, some airlines offer the option of carbon off-setting to customers, whereby the extra cost goes towards environmental projects. However, as the article points out, the means of calculating carbon miles are vague, environmental projects aren’t specified, and other pollutants and environmental impacts are not taken into account.

This does appear to make sustainable travel somewhat difficult, especially if you’re a budget traveller and find that these fuel-efficient airlines and carbon offsetting options are too pricey. If you get a bit creative, you might find ways to overcome these setbacks. You could use what you would spend on carbon off-setting as a donation for an environmental project of your own choosing, use buses and trains whenever possible (many cities are connected by high-speed trains), or use ferries (unfortunately the one from Southampton to New York takes 6 uneventful days and will cost you about a grand).

If you’re the eco-conscious type thinking of a long trip, a more sustainable way to travel might involve travelling for longer (by relying on buses and trains) and not journeying too far – unless you have the time and money that is. Travelling in this way could be far more interesting, immersive and exciting than flying. You could then offset your guilt in some other ways perhaps?

Instead of flying, why not travel in a more eco-friendly and interesting way, like taking the Trans-Siberian Railway?

If we take into account the fact that animal agriculture contributes to 15% of all human-caused greenhouse gas emissions (Food and Agriculture Organization, 2003) – which is more than the combined contribution of all forms of transportation – then it is possible that being vegan for a year can offset the environmental impact of a return transatlantic flight. (It’s worth quickly pointing out that this 15% figure is uncontroversial – here’s the study, whereas the much higher figure of 51% highlighted in the acclaimed documentary Cowspiracy is based on a dodgy non-peer-reviewed report. Air travel, on the other hand, accounts for 2 to 3% of global CO2 emissions.

Do We Need to Give Up Flying?

Kristin Houser at Futurism claims that if you really care about reducing your carbon footprint, then the best thing you can do is stop flying altogether. In terms of work, Houser says:

Training sessions and meeting[s] can be conducted virtually, and shorter work trips can be completed via train or car instead of airplane.

As for personal travel, spending the holidays at home or taking vacations within driving distance is the best option. For some, wanting to help save the planet could prove to be a great excuse for avoiding the in-laws next December.

It’s difficult to strike a balance between leading a personally fulfilling life and paying attention to the short- and long-term consequences of your actions. Yet that’s what any ethical and responsible traveller should be thinking about.

What do you think? Is giving up flying the only way to be consistent as an environmentalist?