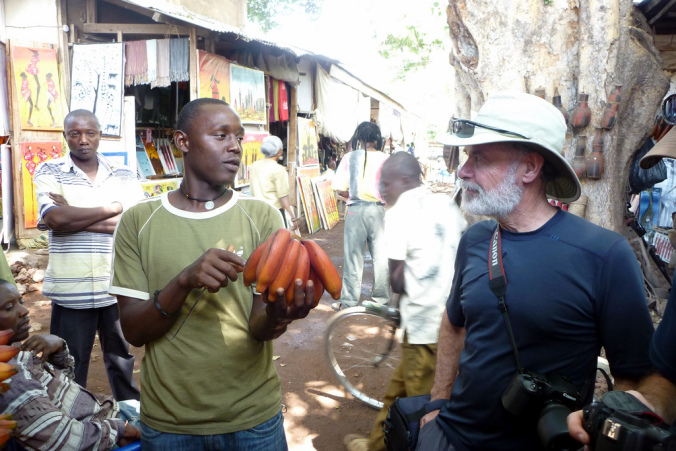 Frugality is a virtue, especially when it comes to travelling. There is a problem, however, when frugality turns selfish; when a penny-pinching mentality is adopted in developing countries, and you start haggling over certain things, involving differences in price that are more or less negligible for you.

No one likes to be ripped off, especially by taxi drivers (all too common). When travelling, there are scams abound. Moreover, ‘tourist prices’ in some countries, which soar above what locals pay, can seem like an unacceptable form of discrimination. But while all of this can leave a bad taste in your mouth, and be a cause for indignation, it does not excuse extreme haggling with local vendors. Being unnecessarily insistent on paying as little as possible for everything, everywhere, and at all times is done without any perspective on relative incomes, and in turn, the relative worth of money.

Most backpackers are from developed, westernised countries, and so prices in Southeast Asia will always be a bargain compared to back home. And whatever you pay, relatively speaking, goes a long way for a local, compared to you. By desperately haggling a $1 souvenir to half or you’re leaving, you’re not developing bargaining skills, you’re developing skills in being inconsiderate.

Take Nepal as an example. Over half (54%) of the population lives on less than $1.25 a day. If you adopt an insistent and unrelenting haggling approach, then you are limiting the valuable contributions you could make during your visit. In Nepal, tourism plays a crucial role in generating jobs and growth to the economy.

This is part of the reason why the earthquake that struck the country on 25 April 2015 was so devastating because it resulted in a massive decline in tourism. Tourism can achieve much more for a country compared to voluntourism, which often causes more harm than good.

The point is that by penny-pinching in a developing country, you are barely benefiting yourself, whilst massively depriving others. It involves forgetting your arbitrary advantages and privileges – such as being able to travel in the first place – and subsequently disregarding the disadvantages and lives of others, who aren’t as lucky as you.

It could be useful to apply some utilitarian calculating to these situations. Utilitarianism is a broad branch of ethical philosophy that generally promotes the maxim that actions should seek to maximise the good (however defined). It is similar in many ways to a cost-benefit analysis.

In a situation where you are haggling with a local in a developing country, if you factor in the relative costs and benefits of penny-pinching, it starts to seem like an incredibly selfish thing to do. But more than the living wage you are depriving the person of, it will leave them with a negative impression of tourists. It might not make for a healthy exchange between people from different cultures.

It’s natural to want to score a bargain and there’s nothing wrong with that. Frugality is a positive trait. But a loss of perspective on your privileges isn’t.