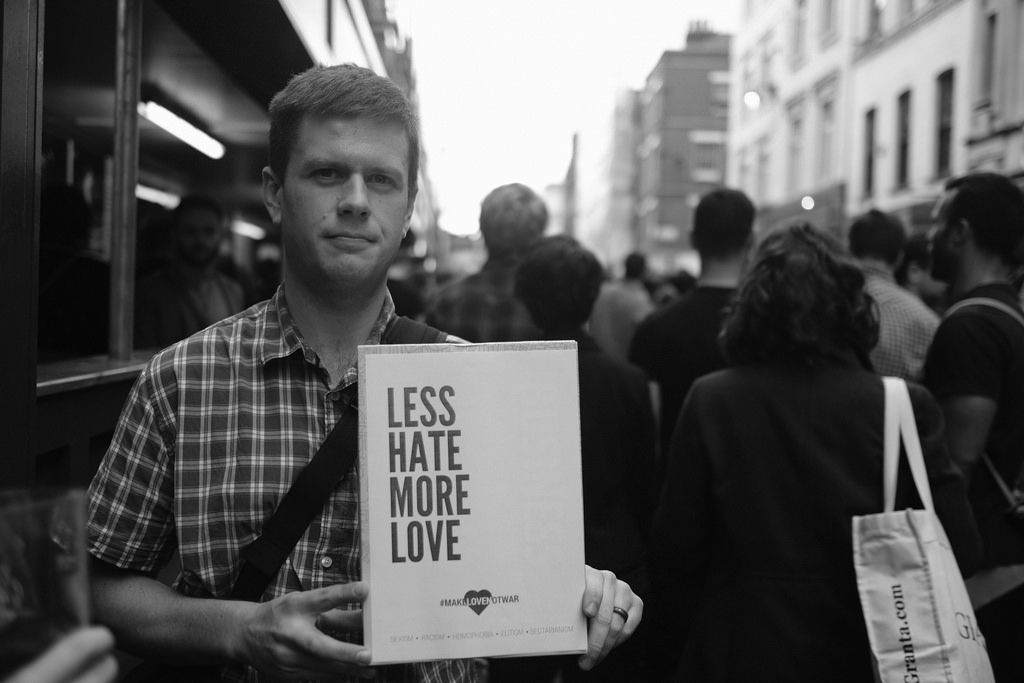 Whatever your political persuasion, it’s important to recognise, point out and denounce the unscrupulous behaviour of others who share your worldview. If we genuinely believe that certain opinions and policies are harmful, then, of course, we will oppose those who promote them. But there is a danger of this outrage becoming ugly, when we turn our political opponents into the ‘other’, to be demonised and hated.

If the left wants to effectively promote its cause, then it has to abandon hateful and violent rhetoric. No one will be convinced of your position if you tell those who disagree with you that they shouldn’t be alive. Which is what happened recently.

Young Tory Told to Kill Herself

A young Tory named Shannon took to Twitter to challenge a certain stereotype about Conservative Party supporters. She said:

She included the hashtag #Tory in her tweet. Now while it is true that Conservative Party members are overwhelmingly old and male, young Tories obviously exist. And so Shannon was trying to have her voice be heard. But her harmless tweet caused some pretty harsh reactions.

As she posted a photo of herself next to a bridge, she received replies such as, “Throw yourself off that bridge, love” and “Jump off the bridge”. Shannon was quite disturbed by these messages. She then tweeted:

Suffered suicidal thoughts/attempts in the past. Receiving tweets telling me to commit today has been heartbreaking. It makes you think.

After she said this, the abuse continued. Someone replied, “should have followed through”. However much harm we think the Tories, and those who support them, are doing, there is no place for this nasty behaviour. And unfortunately, this isn’t the only example.

A banner hung from a bridge in Salford read “Hang the Tories”. If we are (rightly) outraged at assessors working at the DWP asking disabled people why they haven’t killed themselves, then it is also wrong to actually wish for the death of others.

Don’t Fall Into the Trap of ‘Othering’

We should be rigorous in opposing Conservative policies which negatively impact the lives of disabled people, those on benefits, people with mental health issues, refugees, children and the elderly.

To disadvantage so many sections of society shows a serious lack of compassion. But if a lack of empathy helps to drive these measures, then we should be wary about turning political enemies into the ‘other’. This also weakens our compassion. It’s hard to find common ground and have a meaningful exchange of ideas when you deeply despise the person you’re talking to.

Both sides of the political spectrum are guilty of this ‘othering’. The left is also targeted in this way. Labour MPs, such as Diane Abbott, have been subjected to appalling abuse, racism and deaths threats. And research shows that, during the election campaign, Jeremy Corbyn received the most abuse on Twitter.

This kind of engagement frustrates genuine progress. So, whether you’re on the left or the right, there are times when it’s important to reproach others who you agree with politically. We do a disservice to our cause if we call our political opponents heartless while condoning hatred on our own side. Let’s disagree with each other, but let’s be mature and mindful of how we do so.