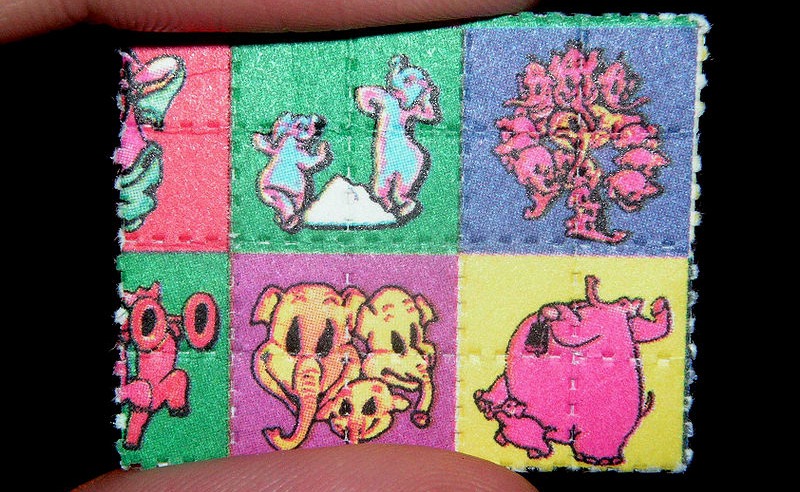 Taking small quantities of psychedelic drugs has become a trend among professionals in Silicon Valley. It’s being used to enhance concentration, problem-solving and creativity. We’ve known from studies conducted in the 60s that people report a serious boost in creativity after taking a recreational dose of LSD (100 micrograms).

But microdosing involves taking such small amounts (10 to 20 times less than 100 micrograms) that there are no perceptual effects. Nonetheless, while there may be no drastic mind-altering effects from taking 5 micrograms of LSD, people who microdose report subtle shifts in thinking that allow them to work better. Not only that, some people swear by it as an effective treatment for their mental health issues.

One woman, who suffered from depression, didn’t want to take antidepressants. So she began self-medicating with microdoses of LSD. She described the experience as “like being your own therapist”. And even when she didn’t microdose for a few weeks, she said her mood was “extremely stable”. If she had a breakdown, it would last just a few minutes, whereas before it could last a few days.

There’s also a specific forum on Reddit dedicated to microdosing, and you can find plenty of anecdotal reports of people using small amounts of LSD and psilocybin in order to treat conditions they’ve been battling with for years, including depression and anxiety.

But is microdosing actually an effective treatment for mental health issues?

Microdosing Needs to Be Properly Studied

The short answer is that we don’t really know. There are no randomised, controlled, peer-reviewed studies on the relationship between microdosing and mental health. We know that, at regular doses, researchers have failed to find any link between psychedelics and mental health issues. Instead, the use of classical psychedelics is associated with a reduced risk of psychological distress, suicidal thoughts and suicidal attempts.

However, none of these studies involved LSD or psilocybin at doses which have sub-perceptual effects. The general consensus among people who microdose for mental health reasons may be that it’s been beneficial, but anecdotal evidence is not reliable. Variables aren’t controlled for in anecdotal reports. If someone is microdosing to treat their depression and their mental health improves, would this have happened anyway? Perhaps. And might this person be doing other things which could lead to improvements, such as exercising, seeing a therapist, sleeping well, eating healthily and spending time with friends and family? Basically, it’s hard to say what effect (if any) microdosing is having if depression goes into remission.

Furthermore, since the quantities of the drug taken are so tiny, this leaves more room for the placebo effect to occur. Author Ayelet Waldman – who wrote a book about how microdosing LSD saved her marriage – concedes that her experience could have been “the mother of all placebo effects”. The very act of taking a drug and believing it will work is extremely (and curiously) powerful. Since there are no controlled studies on microdosing, we don’t know if (and to what extent) the placebo effect is at play here. There’s an important difference between being convinced that a drug is therapeutic and having robust evidence that it is so.

The Safety of Microdosing Compared to Antidepressants

David Presti, a neurobiologist at the University of California, Berkeley, argues that microdosing LSD is safer than taking antidepressants. Of course, it may not be less risky, necessarily, since LSD is a Class A drug in the UK, with possession carrying a hefty penalty (up to 7 years in prison).

Nevertheless, if we’re talking about physical and psychological safety, as well as risk for addiction, Presti believes that LSD is safer. Presti says that the issue with antidepressants is “they have all kinds of side effects, and we have no idea, really, what they’re doing. They cost a lot of money and they’re marketed with all kinds of flimflam.”

However, even if we don’t know if antidepressants work, this doesn’t mean they have no place in mental health treatment. They could very well save lives and allow people suffering from major depression to gain some semblance of a functioning life. This doesn’t mean that they are the best form of treatment out there. Presti is suggesting that microdosing is superior.

Psychedelic drugs are pretty safe. Moreover, since the quantities of the substances taken are so low, the risk of negative outcomes (psychological, in particular) appear to be very low as well. Presti seems quite confident about the efficacy of microdosing. He said:

I really think there’s something going on with microdosing. I think when people do get around to researching it, it’s going to be relatively easy to demonstrate positive effects that are better than conventional antidepressants, which are awful.

James Fadiman, a pioneer of research into psychedelics and author of The Psychedelic Explorer’s Guide, has developed a regimen for microdosing. And he has received hundreds of emails from people who overwhelmingly report positive experiences. But Matthew Johnson, a researcher at Johns Hopkins University, reiterates the point that the scientific basis for microdosing as a mental health treatment is “pretty shaky right now”. He highlights that we all have the kinds of days reported by microdosers, regardless of whether we take a drug or not. Johnson adds, “if you expect to have one of those days, you’re more likely to have one.” He says it’s time for a scientific study on the matter.

Which we may see published in the near future.

A crowdfunding group called Fundamental is currently raising money for a microdosing study led by Amanda Fielding, the founder of the Beckley Foundation, a UK-based think-tank which pioneers psychedelic drug research and advocates drug policy reform. The goal is to raise $2m, so that researchers can examine the effects of 10, 20 or 50-microgram doses of LSD on 20 participants. (It’s worth noting that many users would not regard 20 micrograms of LSD, let alone 50, as a microdose. A microdose is meant to be below the threshold dose). The effects will be quantified using MRI brain scans.

It will be exciting to see the results of the study. It remains to be seen, however, when the study will be carried out and then published. Existing drug laws in the UK make it very difficult to study the therapeutic effects of illegal drugs. Ben Taub, from the Beckley Foundation, points out that “As far as the government is concerned, it’s evil stuff that nobody should be playing with.” So the Beckley Foundation can’t rely on public institutions for funding. Taub says that if crowdfunding is successful, the next step will be getting the ethics committee of Imperial College London, which the Beckley Foundation is partnered with, to give the green light.

And what we may see is scientific confirmation of what microdosers are raving about; not only that the regimen leads to cognitive enhancement, but that it can actually alleviate mental health problems as well.