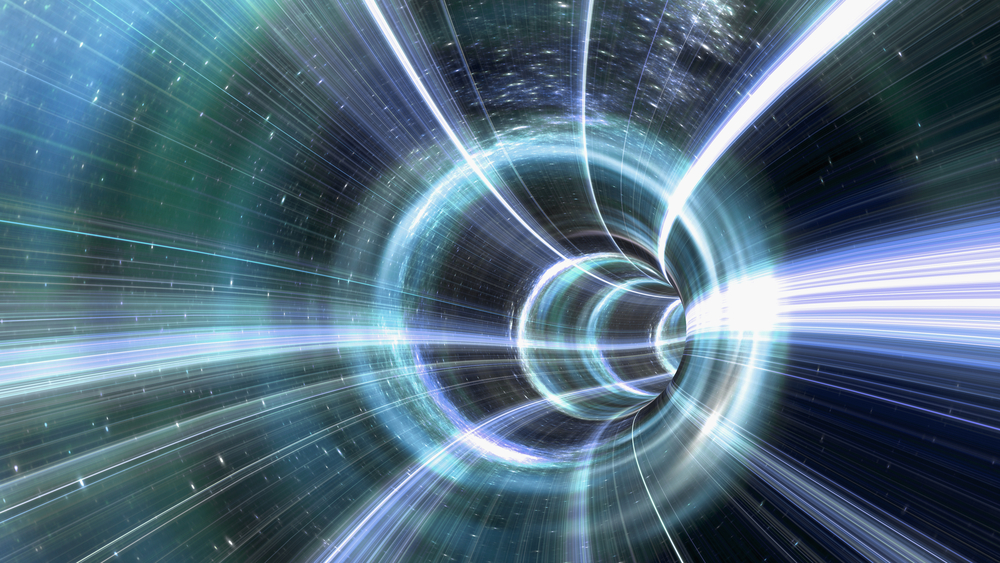 Have you ever dreamt of being an astronaut? I mean, who wouldn’t want to travel way above the Earth, to see it from above, and to voyage through space to other planets? It’s the stuff of dreams. But, of course, only a select few actually turn this childhood dream into a reality. Alternatively, if you want to travel to space in Virgin Galactic’s commercial spacecraft in the future, it’s going to cost you £200,000. The closest that we can get to exploring space, other star systems and galaxies is through images produced by NASA and those sent back from space missions. We can also satiate our cosmic curiosity by through sci-fi. When you’re completely engrossed in a compelling sci-fi novel, your imagination can transport you to the reality carved out by the author.

However, there is also a way to more convincingly explore alien realms – and it’s not by travelling to otherworldly destinations on planet Earth itself. No. You can actually get this more immersive experience with the drug DMT, which means that everyone can potentially become an astronaut (or a ‘psychonaut’ as the relevant nomenclature would have it).

For some strange reason, many people who smoke DMT report visiting alien worlds. Many people will have cosmic-type experiences, where they travel through interstellar space and the infinite expanse of the universe; seeing other star systems and planets, galaxies, and even travelling so far out that they can behold the multiverse: the infinite collection of universes.

Experiences are not monolithic, however. They do seem to vary with a fascinating level of multiplicity – not everyone will have cosmic-type experiences, and even those who do can experience wildly different things. Someone may find themselves in the void, the pure blackness and emptiness of space, while someone else may feel they are witnessing the beginning of creation itself – the Big Bang.

One reason we are drawn to sci-fi novels and movies is due to the advanced technology they depict: time travel machines, teleportation machines, hyper-intelligent machines, warp drive, and so on. And these kinds of technologies can be encountered, in some sense, in the DMT experience. In the documentary DMT: The Spirit Molecule(2014), based on the pioneering research carried out by Dr Rick Strassman at the University of New Mexico, one participant who was given DMT said:

there were all of these machines or structures or things that I had never seen before…I was like a caveman in a computer lab…I knew in my intellectual awareness that this was a very advanced civilisation.

People who smoke DMT may report travelling faster than the speed of light, travelling to a futuristic world, with machine-like entities far more intelligent than any human, and being teleported from world to world. Terence McKenna – famous for his enticing descriptions of this intense experience – described the objects in this space as so advanced that they really make you feel like a caveman in a computer lab, as that participant says. These objects are seemingly impossible, defying the laws of nature.

One of the most common sci-fi-type experiences that people have when smoking DMT is encountering alien entities. It is really this quality of the experience that has given DMT its exotic status, starkly distinguishing it from the other psychedelics. Users may meet aliens in a way similar to UFO abduction experiences, or the aliens can be much more true to the meaning that the term alien denotes, in that they are incomprehensibly strange and totally unlike intelligent entities as we know them (or can imagine them) in our consensus reality.

Visitors from other planets has long been a popular theme in sci-fi novels. What DMT seems to do, is make you the visitor in this alien realm, and the inhabitants there rejoice at your visit and want to show you around (although their welcoming and comforting nature seems to reflect a positive experience; a negative experience can include entities who are mocking, hostile or even evil. For some people, the DMT aliens also possess and showcase those powers often incorporated in sci-fi stories, including telepathy, telekinesis, teleportation and telempathy (emotion-reading). Indeed, many participants in Strassman’s study said that these beings were communicating with them telepathically.

Coming Face-to-Face With the Divine Architect

The cosmic and sci-fi experiences that people have when smoking DMT can also be mystical in nature. They can be accompanied by a feeling of transcendence, ultimate knowledge, peace and bliss. There can also be the feeling of coming face-to-face with a being so titanic that it is considered to be God itself, the all-knowing and all-loving divine architect. The experience can be so unquestionably real that many users give up their atheism. In contrast, this intense mystical experience may not affect someone’s atheist position in the slightest. This doesn’t mean one person properly digests the truth while the other doesn’t; it just means the experience is so intense – and has the quality of being more real than real – that it is fertile ground for drastic changes in one’s worldview. It’s up to each user to decide what to make of it.

In any case, while this theme of meeting God seems to be more in the purview of mysticism than science fiction, some sci-fi novels do touch on it. For example, Olaf Stapledon’s Star Maker recounts the story of a protagonist being transported out of his body and then exploring other galaxies, planets, civilisations and species. The climax of the book is the “supreme moment of the cosmos” when the narrator attains momentary contact with the ‘Star Maker’, the creator of the universe. This book was published in 1937, well before creative and intellectual types in the Western world were introduced to psychedelics. But some parts do read almost like a DMT-induced mystical experience.

The narrator in the story felt “confronted with the goal and source of all finite things”. The narrator compared the Star Maker – or “infinite spirit” – to “an overwhelmingly brilliant point, a star, a sun more powerful than all suns together.” And just as people who come out of the DMT experience unable to adequately express (or even remember) what happened, so too is the encounter with the Star Maker ineffable. As the protagonist remarks, “Barren, barren and trivial are these words. But not barren the experience.”

Indeed, cosmic, sci-fi and mystical experiences are anything but barren; they can be exhilarating and profound beyond comparison. While we may not be able to actually travel to space and can’t (yet) plug ourselves into a fully immersive virtual reality, we can somehow explore the universe (or a convincing model of it) in our own heads. DMT can alter our consciousness so dramatically that we can potentially go on an epic journey through the universe, just like the narrator in Star Maker.