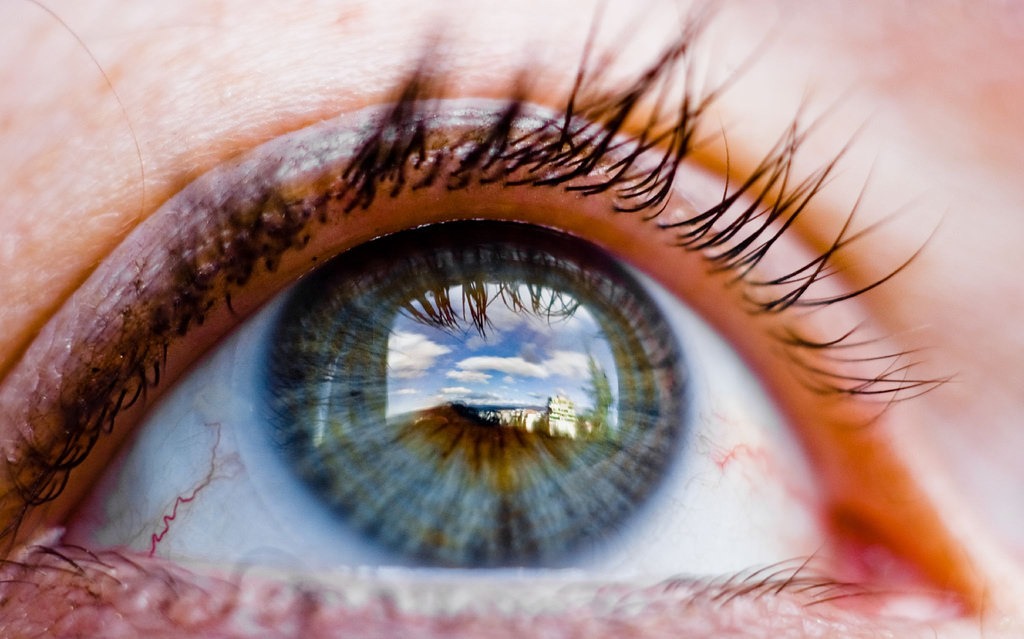 The human mind is geared towards compartmentalising the world. What this means is that the mind has an inbuilt tendency to divide the inner mental world and outer world into discrete sections or categories. The inner mental world is full of categories such as memories, goals, personality traits, and concepts which divide external reality into distinct categories. Our mind forms abstract general terms which allow us to give the same label to many similar looking objects (i.e. tree, table, person etc.) as well as more specific labels for the manifold variations of these ‘general’ objects.

This compartmentalisation of the world into linguistic boxes (words) changes how we perceive reality. A world whose components are defined by linguistic concepts is a world which is fragmented. However, the dividing of reality into compartments helps us to make sense of the world and to navigate through it – both through mental and external environments. There is no evolutionary value in perceiving reality in its totality or to have sensory and mental experiences free from conceptual and linguistic categories. Distinctions are made between one’s self and others, between one’s self and one’s environment; as well as distinctions in one’s environment, which define which aspects are safe, hazardous, friendly, valuable, and so on. All of these distinctions are crucial for survival and well-being.

Without conceptual and linguistic categories we would not be able to make sense of the world or build a system of knowledge based on it. Without such categories, we could not have enterprises such as science, logic, philosophy and mathematics. We exist in a world rich in meaning, structure and pattern. Language creates an even more complex, multi-layered picture of reality. This perception of the world is inescapable, yet many humans have strived to strip these categories away from reality, leaving only a pure phenomenological experience in all its totality. This is what Eastern mystics have attempted to experience through meditation, where one’s attention is focused on the experience of the present moment, free from the human impulse to force labels and definitions onto it.

Through meditation and other techniques, such as the use of psychedelics, such experiences are possible. Concepts and words are discarded and what is left is raw sense data, offering a much different version of reality. All that is left is awareness and naked existence. Not only can such experiences be intense (if only fleeting) they can also be ineffable, which means the experience cannot or should not be expressed in language. An awareness of the present moment, for example, is ineffable because as soon as it is described with words, the experience transmutes into something else. The experience also cannot be described because it is a private, unique and fleeting experience. The innate properties of perception, such as conscious awareness or sensory qualities (colour, sound, taste, smell and touch) are indescribable. Philosophers also use the term qualia to refer to the subjectivity of perception or the way things seem to us. The philosopher Daniel Dennett contends that examples of qualia are ineffable. Qualia, such as ‘redness’ and ‘coldness’, can only be apprehended by direct experience. All words can do is to help one recall the experience.

Take the DMT experience as another example; a mystical experience which is often described as ineffable. On a side note, the whole concept of ineffability is somewhat paradoxical, because the use of the word invalidates its meaning – is an experience really indescribable if we use the term ‘ineffable’ to describe it? Despite this logical conundrum, known as the Ineffable Paradox, we can still use the term to designate an experience which cannot be described in any appropriate way – no description can adequately inform someone what a DMT experience is like. Some words are commonly attached to the experience: ‘entities’, ‘hyperspace’, ‘another dimension’, but this is just the human mind desperately trying to make sense of the experience so that it can incorporate and integrate it into the one’s worldview.

Attempts to describe the experience are valuable since they allow people to somewhat recall the experience, but if the DMT trip is sufficiently powerful (a ‘breakthrough’ experience), it will forever remain outside of one’s conceptual and linguistic capabilities. The experience is often too complex and too alien to relate in words. It is unintelligible. But the human mind must use some concepts to describe it, whether they’re abstract (‘being outside of time and space’) or comparisons (‘it was like a circus’ or ‘the place looked like an Escher maze’) in order to avoid cognitive dissonance. Cognitive dissonance is excessive mental distress, discomfort or confusion caused by conflicting ideas or worldviews. Our mind may not want to accept the ineffability of the DMT experience because to do so would create dissonance between normal conscious experience and altered conscious experience.

Philosophy, mysticism and religion have long recognised the ineffable aspects of human existence, despite the fact that our minds evolved to be categorising machines. But not everything fits into neat little boxes, nor should we try to do this, some say since this undertaking would detract from the experience or distort its nature. As the philosopher Ludwig Wittgenstein stated in his Tractatus: “Whereof one cannot speak, thereof one must be silent.” In the foundational text of Taoism, the Tao Te Ching, the author Lao Tsu says, “Tao can be told but any definition given is not perpetual; the name can be named but whatever name given is not perpetual.” Tao is not a ‘name’ for a ‘thing’ but the underlying natural order of the universe whose ultimate essence is ‘eternally nameless’. Nevertheless, the ineffability of Tao can still be experienced.

The God of the Old Testament is described in a similar way: “Moses said to God, ‘Suppose I go to the Israelites and say to them, “The God of your fathers has sent me to you,” and they ask me, ‘What is his name?’ Then what shall I tell them?” God said to Moses, “I AM THAT I AM” (Exodus 3:13-14). The mind naturally compartmentalises both the inner and outer world, but as we have seen, some experiences simply lie beyond the mind’s conceptual and linguistic capabilities. These unique experiences are intrinsically incommunicable.

Getting Over the Fear …

Being Realistic When Looking …

DMT and the Simulation …