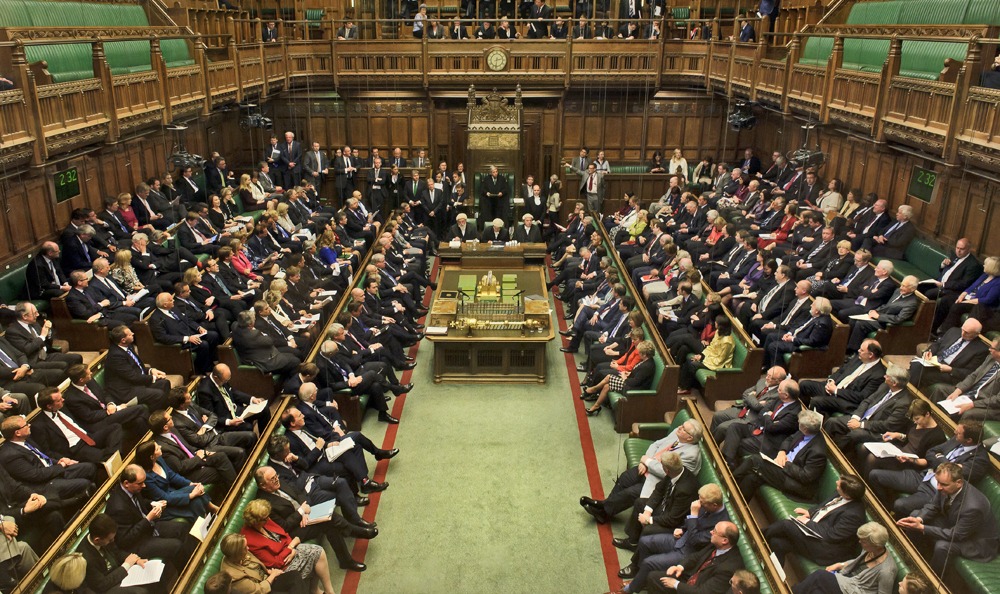 Women make up 52% of the general population, yet they are heavily under-represented in positions of political power. Only 23% of MPs in the House of Commons are female and only 4 out of 23 cabinet ministers are women. The number of women MPs has increased by a mere 4.1% over the last 15 years, showing that progress for women is slow. The UK is currently ranked 57th in the world with regards to the number of women in national parliaments. As this study by the Inter-Parliamentary Union shows, the Nordic countries have the best representation of women in national parliament, at 42.1%.

Clearly, then, the UK is failing to achieve an equal representation of women in Parliament. It is argued that the low representation of women in Parliament results in less attention being given to women’s needs and women’s issues. Indeed, similar concerns have been made about the under-representation of ethnic minorities in Parliament as well. Of course, this is not to say that white, wealthy, middle-aged men cannot address the needs of women or ethnic minorities, but there is a real worry that the over-representation of such men results in a marginalisation of these needs. Women, for example, would be more likely to focus on issues that matter more for women, such as childcare, gender equality, domestic violence, women’s health, reproductive rights, disability, animal welfare, elderly care and children’s welfare.

There is also an argument that an equal representation of women would improve the way the government is run. It has been suggested that if more women were in power, or if the PM was a woman, then there would be no wars or at least less war. However, this may be a bit of an exaggeration. For example, Margaret Thatcher was heavily involved in the direction of the Falklands War when she was PM. While Thatcher cannot be held directly responsible for the Argentinian invasion, her style of ruling, determination and co-operation with military officials allowed for such a result. It would be mistaken than to claim that a woman in power is an antidote or even an amelioration to war.

Others may respond that the problem with Thatcher was that she behaved like a ‘man’ while in power. Given the highly male-dominated nature of politics at the time, she probably had to take a more macho approach to leadership than she might have been inclined to take. This may be true, but politics has changed a great deal since Thatcher was in power. There is less of a need for female MPs to ‘behave like men’. Nevertheless, there is still a need for the equal inclusion of the female perspective.

Generalisations about the sexes should be avoided. It would be unfair to conclude that male MPs are insensitive, corrupt and reckless, while female MPs are sensitive, compassionate and co-operative. However, what can be said is that many female MPs tend to have different styles of thinking and governing when compared to their male counterparts. This could explain why many female MPs tend to focus on issues relating to equality and welfare. This doesn’t mean that female MPs cannot be aggressive, insensitive and corrupt since many are. Still, the political scientist Lyn Kathlene contends that American female politicians have very different leadership styles from their male counterparts. Her investigation into state legislature chair committees revealed that female politicians tend to be more co-operative and interested in consensus-building, whereas male politicians tend to be more aggressive. There is also some evidence that women in politics are less likely to engage in corruption and less likely to tolerate it than their male counterparts.

An equal number of men and women in Parliament would allow for a complementary approach to decision-making. Furthermore, a lack of women in Parliament means that there is a lack of female role models for girls and female adolescents. An under-representation of women may give many young women the impression that politics is an unfriendly environment for women to work in, which isn’t necessarily true. Of course, there are many obstacles facing women in politics – sexism, sexual harassment and juggling family life – but this does not mean that achieving political power must be a struggle. As more women enter Parliament, such issues will become easier to address.

In the recent UKIP Spring conference, Nigel Farage insisted in his speech that his party had “changed”, citing the rise of women in the party, with several likely to become MEPs in May. It was more likely the next leader of the party would be a woman than in any other party, he said. “Some even talk about a female takeover of UKIP,” he added. “The point here that distinguishes us is that we have not used positive discrimination, we have not used all female shortlists.” While positive discrimination does have the effect of achieving a better representation of women in Parliament, it also has the effect of excluding men from standing for particular constituencies, which is an overtly sexist practice. This does not mean that female MPs who got into power through all-women shortlists are unsuitable for the position. But it does mean that they were given an unfair advantage. The fact that they did not have to compete with the opposite sex means that they only achieved their position partly on merit.

All-women shortlists also restrict the freedom of the party to choose the best candidate they can find at the time of selection. The best candidate should win based on merit alone. This cannot happen with all women shortlists, which many see as a form of patronising the abilities of women. There should always be equality of opportunity, where gender, sexuality, social background, race, religion and age do not count as factors in restricting choice. But Labour’s obsession with forced equality is an affront to freedom and meritocracy. It must be very demeaning for a female candidate to know that they could be running a campaign where the best candidate might not even be allowed for consideration. Those in favour of all-women shortlists claim that they are the only way to encourage women to run for Parliament. On the other hand, it could be argued that seeing good MPs selected on merit is a far more powerful incentive for under-represented groups than any forced quota.

As soon as we accept that all-women shortlists are acceptable in politics, this could lead to a slippery slope where all-women shortlists become acceptable in all sectors in which women are under-represented. Do we really want to see discrimination against men become the norm? Indeed, this is exactly what the business secretary Vince Cable seems to be proposing. He wants to introduce all-women shortlists for top City jobs; as part of the coalition’s plan to get more women on to the boards of major companies. This is would be a highly controversial measure. The British government has long opposed mandatory quotas compelling companies to hire more female directors.

There are other ways to correct the under-representation of women in Parliament without resorting to positive discrimination and conflicts with freedom, choice and democracy. Companies, political parties and other organisations need to actively go out and encourage women to get involved in politics and to take guidance courses which will set them on that course. Encouragement is key here. It is simply inconsistent to want to tackle discrimination against women, while supporting all-women shortlists, which deliberately discriminate against men. Perhaps the culture of politics also needs to be majorly reformed. The House of Commons, particularly during Prime Minister’s Questions, could become a much more appealing environment to women if it functioned more like a boardroom and less like a zoo, where shouting, insults, bravado and aggression is valued more than co-operation.