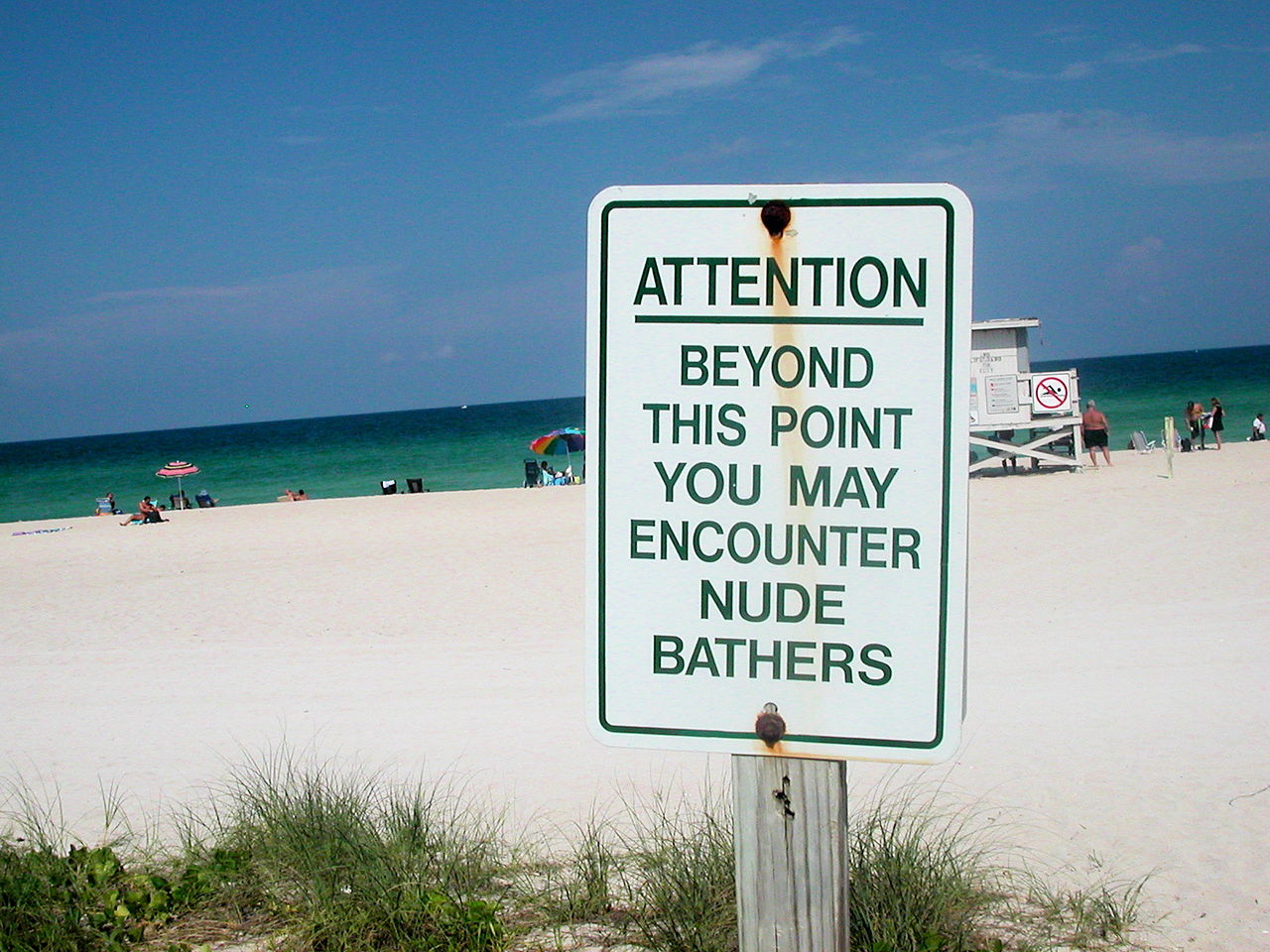 It seems very strange that it could be illegal for someone to exist in their natural state: naked. It is not true to say that public nudity is outright illegal in the UK. There are unofficial nude beaches in the UK (such as a small section in Brighton’s beach), so these are a safe haven for naturists (or nudists) who practise and advocate social nudity. Yet while many naturists appreciate the freedom of nude beaches, they are obviously exceptions to the rule – they are small pockets where you can wear no clothes without facing any harassment or threats of arrest from the police.

Many naturists believe it should be a natural right to be naked in public, so these exceptions (which also apply to some swimming pools and music festivals), whilst accommodating to naturist beliefs and lifestyle, do not go far enough. Also, from a libertarian point of view, it is argued that any lifestyle should be tolerated so long as it does not impinge on the rights and well-being of others. Being offended is not a legitimate reason to prohibit a particular way of living. So what does UK law say about public nudity exactly?

Under the Public Order Act of 1986, using nudity to “harass, alarm or distress” others is a criminal offence. If you are nude and minding your own business on an unofficial nude beach, respecting ‘nude etiquette’, then you will probably be fine. However, in England and Wales, if a policeman or a member of the public believes that your public nudity is causing offence, then you can be arrested. Scotland is even less tolerant of public nudity, so not only will you be arrested, you are more likely to end up in jail.

Steven Gough, who was known as The Naked Rambler, tested the UK law from 2003-2004 by attempting to walk nude from Land’s End, Cornwall, to John O’Groats, in Scotland. He was arrested 14 times and served 2 short jail sentences. He tried to repeat the walk with a companion in 2005, but was arrested for a breach of the peace and spent two weeks in jail in Scotland, showing how much stricter Scotland is on this issue.

Many libertarians will maintain that an act which causes offence, but which does not cause harm, such as public nudity, should not be outlawed. Breastfeeding in public is protected under the Equality Act 2010, however negative public opinion still surrounds the issue – for example, one woman was recently called a “tramp” for breastfeeding her baby in public. Other mothers receive similar disapproving stares and comments. But there seems to be a double standard at play here – why is public breastfeeding protected but not other forms of public nudity? If people think that public breastfeeding and public nudity is inappropriate or offensive, then the problem lies with them, not with the mother feeding her child or the naturist roaming the street. Should the naked body really be something to be ashamed of and frowned upon?

Freedom of expression should include the right to wear what one wants or to wear nothing at all, just as freedom of religion entitles one to belong to any religion they choose or no religion at all. J.S. Mill believed that individuals should be able to express themselves however they want, so long as another’s rights and interests are not affected. These restrictions on public nudity can be viewed as a form of “tyranny of the majority”; the term Mill used to describe the influence of public opinion on the law. Similarly, many naturists share this outlook – they believe that no-one has the right to tell others or their children to wear clothes. This is a personal decision which must be respected. Some naturist writers have said that in order to get close to nature you have to exist as it does; naked. Henry David Thoreau, for example, in his essay Walking, commented: “We cannot adequately appreciate this aspect of nature if we approach it with any taint of human pretence. It will elude us if we allow artefacts like clothing to intervene between ourselves and this Other. To apprehend it, we cannot be naked enough.”

The problem with UK law on this issue is that someone can be arrested on the grounds that their nakedness is causing offence or public distress. But we cannot legislate about what offends people because ‘offence’ is such a relative term. Harm, on the other hand, is more easily defined and noticeable. Moreover, the fact that nakedness offends people is their problem. Admittedly, public nudity is shocking because it is out of the ordinary, but there is no reason for someone to be offended by the human body as it exists in its natural state – unclothed. Wearing clothes is the cultural norm, but just because it is the norm does not mean that it should be mandatory. Eccentricities and diverse lifestyles, so long as they don’t harm or harass the public, should be tolerated. The argument that public nudity is damaging to children is absurd – as if children will be forever scarred by knowing that people have sexual organs or have more skin under their clothes…

Critics of this argument may pose the following question: If adults and children can be naked in public, isn’t there a risk that sexual perverts will try and capitalise on this? Firstly, we cannot prohibit public nudity based on the assumption that some crimes could potentially follow from its legalisation. Secondly, if crimes such as sexual harassment do follow, we already have laws in place to deal with these cases. In any case, this is probably an unfounded worry. The legalisation of public nudity is unlikely to result in huge numbers of naked people walking the streets or taking public transport. The social and cultural stigma attached to public nudity would most likely restrict its popularity.

Some pressing questions follow from these considerations, however. For example, if public nudity should be tolerated because it is ‘natural’ – no one is born wearing clothes – shouldn’t other natural acts be tolerated on similar grounds? Should defecating and urinating in public also be legalised? Well, these instances are slightly different since they would involve ruining public spaces and would be more of a nuisance and cause for distress than nudity.

Okay then, what about public sex? This issue is tricky. Sex, of course, is completely natural but it is believed by most people to be a completely private affair. Several laws can be broken if you have sex in public: the Public Order Act, the Sexual Offences Act and outraging public decency. Similar to laws on public nudity, having sex in public is illegal in order to protect those who do not want to see it. Many parents would not want young children witnessing such acts before they decide to teach them about the subject. Indeed, for some libertarians, if something is unavoidably offensive, such as public sex or some deeply offensive billboard or poster, then it is justified to prohibit it in that context.

It is questionable whether public nudity would fall into this category. It certainly isn’t as offensive as public sex, yet if it is public, it is therefore unavoidable. I doubt whether most people would be deeply offended by public nudity, although it would still seem bizarre. This is an issue which remains controversial for many libertarians. A compromise could be made in the UK by having a sufficient number of nude beaches and facilities to meet the needs of naturists, whilst restricting public nudity in certain spaces.