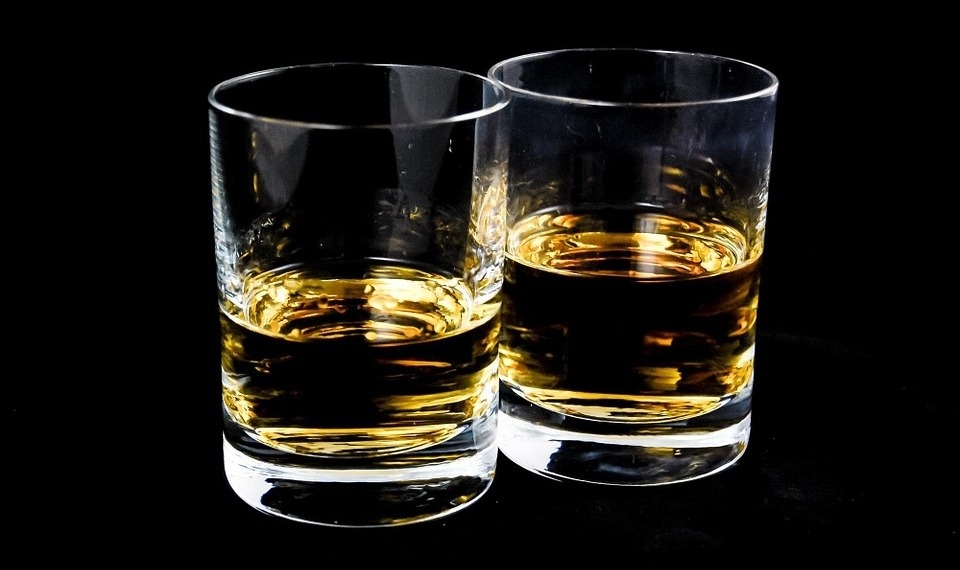 What is a hangover? Well, part of what makes a hangover feel so horrible comes down to dehydration (although it probably isn’t responsible for the majority of the hangover). Dehydration is what gives you the headaches, dizziness, dry mouth, confusion and fatigue. Excess alcohol consumption causes dehydration due to excessive urination. Alcohol is a diuretic, meaning it is a substance which promotes the production of urine. The more you urinate, the more water you lose. So if you don’t replenish this lost water, but instead replenish it with more alcohol, then you become dehydrated.

Another reason alcohol causes dehydration is that it interferes with our brain’s diuretic (or urination) regulatory system. The pituitary gland in our brain produces a hormone called vasopressin, otherwise known as the anti-diuretic hormone (ADH), which, as the latter name suggests, acts to suppress urination. If you become dehydrated, the pituitary gland will release ADH, allowing you to hold on to the precious water you have left. What alcohol does is reduce the amount of ADH, leading to more urination and therefore more dehydration.

Unfortunately, you cannot counteract this dehydration by simply drinking the amount of water equivalent to the amount of liquid you urinate. If you’re drunk and you drink any amount of water, you’ll only retain about a half or a third of the extra water you drink. Because of the diuretic effect of the alcohol, you’ll urinate the rest of it. That said, drinking water as opposed to drinking no water will result in a less intense hangover. Furthermore, if you drink lots of water, say, twice the amount that you urinate, then you should be able to reduce the effects of dehydration. But this is no easy task. It’s a bit of a chore to drink glass after glass of water before going to bed. When you get home after a night of drinking the only thing you want to do is sleep.

Glutathione is one of the body’s most important antioxidants. Antioxidants (which prevent the oxidation of molecules) can prevent the production of free radicals – an atom, molecule or ion which is highly chemically reactive. Evidence suggests that free radicals play a vital role in the promotion of cancer. For this reason, antioxidants are believed to have many health benefits – eating foods high in antioxidants (such as fruits and vegetables) carries a much lower risk of heart disease, neurological disorders and some forms of cancer. Glutathione also plays a vital role in alcohol detoxification. In the liver, it binds to the toxin acetaldehyde, which is a product of alcohol and is 10-30 times more toxic than alcohol itself. Glutathione then transforms acetaldehyde into compounds that can be excreted. But through this process, alcohol also depletes our stores of glutathione. When depleted by excessive alcohol consumption, glutathione becomes unavailable for its normal and natural antioxidant effects, leading to a host of health problems.

One way to restore glutathione levels is to take a glutathione supplement, which will prevent huge quantities of acetaldehyde from forming, a toxin which massively contributes to those nasty hangover effects. If you keep drinking even when you’re drunk, then you don’t allow your natural glutathione to catch up with the acetaldehyde. Taking a glutathione supplement should, in theory, allow you to keep drinking when you’re drunk, without suffering any worse of a hangover. Some speculate that it could, in fact, be the easiest way to avoid a hangover. This is what Dr Mark Gordon argues, for example. Of course, any sceptics out there should test this for themselves.

Another reason why alcohol causes hangover-related symptoms – such as irritability and fatigue – is that it interrupts sleeping. After a heavy night of drinking, the body tries to rebound from the depressive effects of alcohol. When alcohol enters the bloodstream, it inhibits the production of glutamine. Once you stop drinking, your body will try to make up for the lost glutamine by producing more than is necessary. Glutamine is considered brain fuel, so an over-production of it will stimulate the brain while you are sleeping, preventing you from reaching those deeper levels of sleep. This is the biggest contributor to that feeling of fatigue after a night of drinking. It is also why you may wake up ridiculously early the next day, having had only a few hours of sleep. Taking a glutamine supplement before drinking may ease the hangover by limiting the extent of the glutamine rebound from the alcohol. However, the supplement is considered more effective in treating the withdrawal symptoms of alcohol, as opposed to the hangover effects per se.

Other ways to combat a hangover include taking a magnesium or potassium supplement or, even better, eating foods high in magnesium (dark leafy greens, lentils, nuts, seeds, beans, whole grains and avocados) and potassium (bananas, potatoes, tomatoes, papaya, coconut juice and beans). Magnesium and potassium are heavily depleted after a night of heavy drinking. Once your body regains its natural balance of nutrients and minerals, the effects of the hangover will diminish. It seems that the most reliable way to reduce the unpleasant effects of a hangover is to drink as much water as possible, to take a glutathione or cysteine supplement and to eat lots of fruit and vegetables.

The idea that eating bread will help a hangover because it soaks up the alcohol is a myth – alcohol will enter your bloodstream regardless of what you eat. Bread just slows down the effect of being drunk. Likewise, eating fats or high protein foods before drinking does not necessarily reduce the hangover, but it does slow down the rate of alcohol absorption. That said, it is better to eat a good meal before drinking, otherwise, the loss of nutrients and minerals from the alcohol will have much more of a negative physical effect.