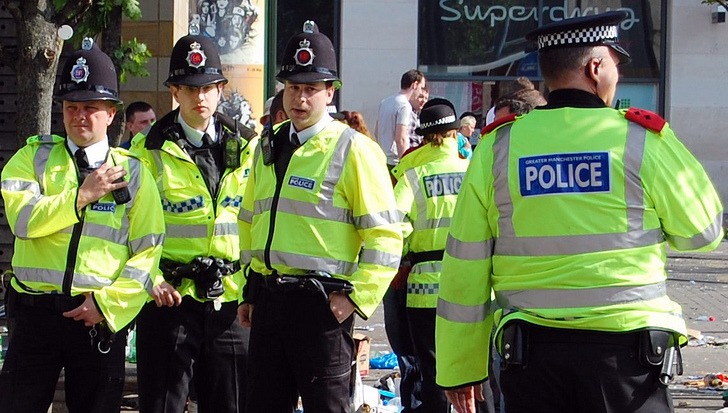 The Anti-Social Behaviour, Crime and Policing Bill 2013-14 has been described by Lord Taylor of Holbeach as “compatible with the Convention rights” – those guaranteed in the European Convention on Human Rights. The irony is that this Bill, sponsored by the Home Secretary Theresa May, could actually threaten our basic freedoms. Freedom of movement, freedom of assembly and the right to protest would be the most under threat.

The Bill was examined, line by line, during the first committee stage on the 18th November. Some amendments to the clauses were discussed. The second committee stage will take place on the 20th November in which further amendments will be considered. But as the Bill makes it way through the various stages in the House of Lords, opposition to it is increasing. A petition on Change.org has received nearly all of the signatures needed, showing that many people are unhappy with the Bill’s implications. The Bill is expected to be law by Christmas.

But what are the implications? Is the Coalition Government really going to be able to deprive us of our civil liberties? Nothing in the Bill explicitly says that people will be banned from assembling in public places, but it will grant powers to local authorities, police and private security firms which could achieve the same end.

Some of the Bill’s aims are worthwhile: cracking down on firearms, forced marriages, dangerous dogs, and sexual harm and violence. Nevertheless, the intention to crack down on ‘anti-social behaviour’ is a bit more suspicious. The Bill proposes to replace Anti-Social Behaviour Orders (ASBOs) with Injunctions to Prevent Nuisance and Annoyance (or IPNAS, which hasn’t exactly got the same ring as ASBO).

Those opposing the Bill argue that it is so ridiculously open-ended and full of ambiguities and broad terminology, that these new powers could be used to stifle legitimate protests and criminalise young people. The term ‘annoyance’ in the IPNAS is very questionable. People always get annoyed – not a day goes by when I am not annoyed at something. Moreover, what annoys me may not annoy you.

IPNAS, according to Liberty, will be easier to obtain, harder to comply with and have much harsher penalties than ASBOs. Children as young as 10 (yes 10!) can receive injunctions for “causing nuisance” (some more loose wording), and older children can actually be arrested and jailed for breaching these injunctions. Others who defy orders under these new rules could also receive a fine.

I think it’s a bit much to punish kids for playing out in the street. Where else are they supposed to go? The ‘fun-police’ could soon become a reality. Hilary Emery, from the National Children’s Bureau, said:

We are concerned that children and teenagers will get into trouble with the law just for being annoying, and that it will penalise them from doing things that all children do as part of growing up – playing in the street, kicking a ball around in a public space or hanging around with their friends.

More to the point, police time should be spent tackling real crimes.

Local authorities, police and private security firms can also hand out Public Spaces Protection Orders (PSPOs) in order to restrict any activity deemed to have a “detrimental effect on the quality of life of those in the locality.” What does this mean exactly? In what way should “quality of life” be interpreted? Many fear that lawful activities will be prohibited as a result, such as gathering in public places and making a bit of noise. If you receive a PSPO, you could be banned from assembling in a particular public place for up to 3 years! Bit harsh, isn’t it?

The injunctions could also ban young people or homeless people from public parks if people complained that their presence and noise was a nuisance or an annoyance. Josie Appleton, of The Manifesto Club (a civil liberties think-tank), said:

This Bill has shockingly open-ended powers within it that could allow councils to ban everything from protests, to outdoor public meetings, to children’s skateboarding.

Spitting, begging and smoking outdoors could also come under the scope of the legislation.

The most worrying consequence of the Bill would be the criminalisation of homelessness. The Manifesto Club warned about this possibility. They fear that because PSPOs have fewer legal checks and balances than alcohol-control zones, exploitation and discrimination could become rampant. The most vulnerable in society, such as the homeless, will be unfairly punished as a result of these injunctions.

Isabella Sanky, the policy director for Liberty, compared the injunctions to the police being able to stop-and-search people without suspicion. The powers granted are so dangerously broad that basic rights, such as carrying out a peaceful protest, will be infringed. Demonstrators could be prevented from gathering outside council offices or any public space if it was seen to annoy nearby residents.