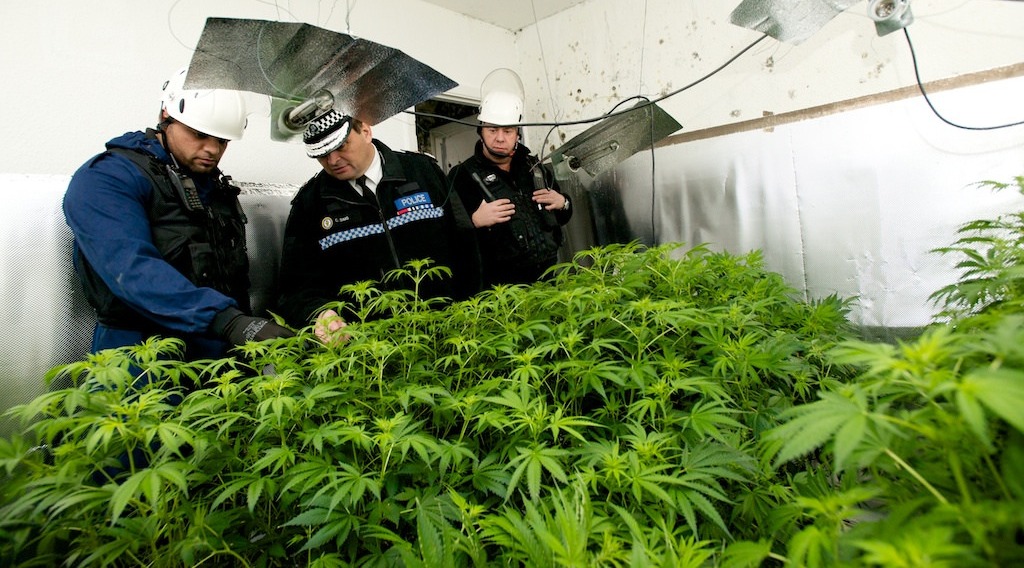 Durham’s chief constable, Mike Barton, has recently come out and said that the war on drugs is wasteful and ineffective. Mike Barton is not the first top police official to make such a daring statement against laws which are his duty to uphold. A small minority have called for a major review of existing drug laws. But as one of England’s most senior police officers, Barton is further helping to reinforce the idea that drug prohibition should be scrapped. Barton’s statements on this issue have reignited the debate about the war on drugs – hopefully, those with positions of power will take heed.

Barton has said that class A drugs should be decriminalised. He argues that this would be extremely beneficial because it would help to eradicate the black market and the harmful criminal gang activity that is associated with it. He accurately compared current drug prohibition with the ban on alcohol in 1920s America and the rise of Al Calpone. Decriminalisation (although legalisation would be far more effective) would prevent the billions of pounds that are going into the pockets of criminal gangs. As Barton commented, “Not all crime gangs raise income through selling drugs, but most of them do in my experience.”

Barton also made the sensible, albeit courageous, suggestion that the NHS could supply drugs (such as cocaine and heroin) to addicts. At least in this way addicts would be getting the safest possible form of the drug – there wouldn’t be any harmful adulterants or additives in the drug, for example. An NHS supply of drugs could end the monopoly, power and profiteering of criminal gangs.

Another issue surrounding gangs supplying drugs is the glamour and admiration they receive from others who see their line of work as easy money. Barton said:

In my force area we have 43 organised crime groups on our radar. Most have their primary source of income in illicit drug supply, all of them are involved in some way. These criminals are often local heroes and role models for young people who covet their wealth.

If you started to give a heroin addict the drug therapeutically, then we would not have the scourge of hepatitis C and Aids spreading among needle users, for instance. I am calling for a controlled environment, not a free-for-all.

He is not in favour, then, of legalisation, but he is in favour of a sensible solution which will minimise various harms and costs. According to an updated report from Public Health England, 120 out of 6,364 newly-diagnosed cases of HIV resulted from injecting drugs. Not a huge figure you might think, but still an unnecessary and preventable number of cases.

Barton is involved in a profession which requires arresting non-threatening citizens for possession of a substance for personal use. It is an unjust aspect of the profession, but Barton should be congratulated for speaking his mind about the inherent flaws in drug laws and the criminal justice system.

His opinion is consistent with the ethos behind Portugal’s decriminalisation of drugs: to treat drug addiction as a health issue, rather than a criminal issue. In his own words, “[addicts] must be treated and cared for and encouraged to break the cycle of addiction. They do not need to be criminalised.” Also in Portugal, where drugs are decriminalised, rates of drug use have declined. The same applies to rates of cannabis use in Holland, where the drug is tolerated. The prohibition of drugs creates a ‘forbidden fruit effect’, where preventing people from accessing a drug increases their desire to find it, leading to higher rates of use.

David Cameron has recently said that he would not consider a revision to current drug laws since he claims drug use has declined in the UK. Barton, on the other hand, completely disagrees. Even if drug use has declined, this would not make Barton’s arguments any less valid. Barton has an excellent track record for reducing crime. A year after he was appointed as chief constable, Durham saw a 14% reduction in rates of crime. So clearly he knows how to reduce crime and what the significant causes of crime are. David Cameron hasn’t got a clue.

Danny Kushlick of the Transform Drugs Policy Foundation completely agrees with Barton’s stance. Unfortunately, his stance is ignored by political leaders. What we need is more police officers like him – principled and willing to tell the truth in order to meet the needs of the communities that he serves.

In response to Barton’s remarks, a Home Office spokesman has stated that “drugs are illegal because they are dangerous. They destroy lives and blight communities.” I won’t even bother pointing out the intellectual laziness and inconsistencies in this line of argument.

Many top police officials are not very happy with Barton’s approach to this issue. For example, Chief Constable Andy Bliss has said that Barton is “entitled to have his views” but that any decision about drug reform is a matter for parliament, not the police force. Bliss argues that drug laws are clear and that police officers have to enforce the law. True. Nevertheless, in saying this Bliss has done little to point out how unjust the current laws are. The war on drugs involves an incredible waste of police time. This doesn’t seem to bother him in the slightest. Yet I think that any enforcer of the law has to be principled – they cannot simply agree with the law because it is the status quo. Bliss has also warned that:

We need in particular to be very thoughtful about setting clear boundaries, especially for young people, in relation to drugs.

There is a petition which is trying to bring the topic of drug law reform to the government’s attention.