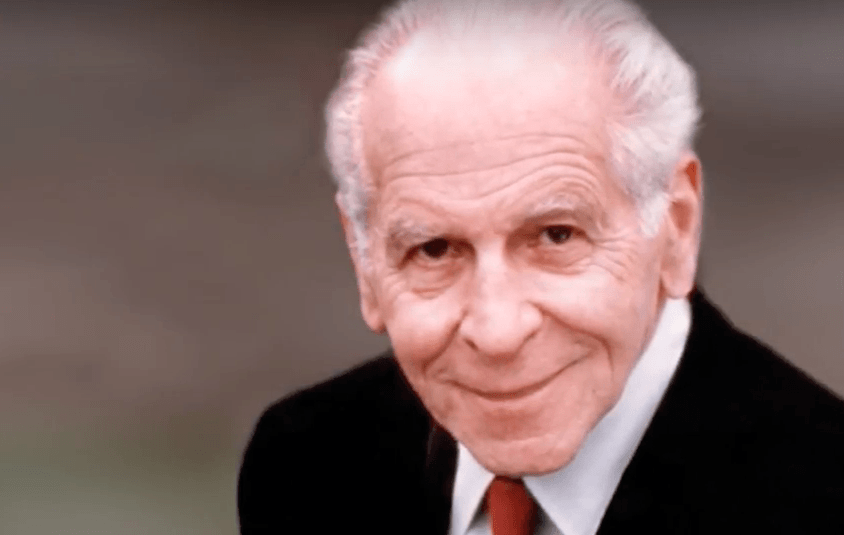 Thomas Szasz was an American psychiatrist who became a controversial academic figure for his criticism of the foundations of psychiatry. He is seen as the leader of the anti-psychiatry movement. In books such as The Myth of Mental Illness (1960), as the title suggests, Szasz argues that mental illness is a myth. Terms such as ‘illness’ and ‘disease’ when applied to mental states are merely metaphors, not scientific terms that refer to an objective illness or disease. A ‘mental illness’, in his eyes, is an ethical judgement of a behaviour which the psychiatric authorities (and the State) view with disdain, disturbance, shock and offence.

He writes in his book, Psychiatry: The Science of Lies, that there are no objective methods for detecting a mental disease. His belief that mental illness is a myth, a social construction, ties in with his views on what he coined as the ‘Therapeutic State’. However, whether mental illness is a myth is a fiercely debated topic and it would be too lengthy to go into that debate here. But I do think that Szasz’ libertarian critique of the ‘Therapeutic State’ is valid, even if his views on mental illness are somewhat unrealistic.

In his paper, The Therapeutic State (which can be read here), Szasz says that the Therapeutic State is the collaboration between psychiatry and the state, a system in which disapproved actions, thoughts and emotions are repressed (‘cured’) through compulsory medical interventions. Now I did say before that mental illness, defined as a disapproving judgement, is a controversial idea. But the idea that eccentric behaviour is being diagnosed as mental illness is backed up by the evidence (I wrote about it here). Szasz  makes the distinction that “…preserving and promoting public health often require coercion, whereas preserving and promoting private health require liberty and responsibility.” As a libertarian, he rejects the former and approves of the latter. He goes on to state, “Medicine and the state should get a divorce” – Szasz believes that, in the name of liberty, they should be separated and walled off just as the Church and the State are.

There are many disapproved behaviours which Szasz recognises are being labelled as a ‘mental illness’ when it is not appropriate. These include unhappiness (‘depression’), distress after a horrible event (‘post-traumatic stress disorder), anxiety (‘anxiety disorder’), shyness (‘social anxiety disorder’), sexual promiscuity (‘sex addiction’), shoplifting (‘kleptomania’), gambling, overeating and drug use (all supposedly ‘diseases of addiction’). Szasz argues that only the individual can have custody of themselves. It is their responsibility to protect their health. It is just as tyrannical for the State to ‘protect our health’, as it would be for it to protect our religious or spiritual beliefs. If the individual poses no danger to anyone else, the State should leave them alone, which is not to say that family, friends and the community should not offer a helping hand. But ultimately, the individual is a private person, not public property which the State can forcibly ‘medicalise’.

Arguably, it is because of the mental health system, the various Mental Health Acts and the rise of Big Pharma, that individuals are finding their inner-lives being illegitimately controlled. As Mike Fitzpatrick says in his paper, From Nanny State to Therapeutic State, “the ‘nanny state’ of the past no longer exists; it has metamorphosed into the ‘therapeutic state’; nanny has given way to counsellor. If the ‘nanny state’ was austere, punitive and authoritarian, the therapeutic state is touchy-feely, supportive — and even more authoritarian. Nanny merely told people what to do; counsellors also tell them what to feel and what to think.”

“Hospitalisation”, “outpatient commitment” and “drug treatment” are all viewed by Szasz as ways in which the Therapeutic State has created a “medicalised deprivation of liberty”. In an article titled, Self-Ownership or Suicide Prevention, Szasz claims that “The core libertarian principle of self-ownership implies that we have a right to commit suicide: the state has no right to forcibly prevent us from killing ourselves.” To which he goes on to state, “The core psychiatric practice of suicide prevention implies that we have no right to commit suicide: the state — through its mental health laws and psychiatric agents — has the “duty” to forcibly prevent us from killing ourselves.” He says ‘suicide prevention’ is a euphemism for incarceration in a mental hospital. Furthermore, incarcerating someone for an act they might commit, an act that is not a crime should be viewed as a serious affront to our civil liberties.

In 1998, Alan Leshner, head of the National Institute of Drug Abuse, declared that physicians should be jailed if they refuse to prescribe SSRIs (anti-depressant medication) for depression. He thought the same about psychiatrists refusing to treat crack addicts with the ‘approved’ medication. This is another example of when the Therapeutic State gets tyrannical. In an interview, Szasz maintains that a libertarian approach to psychiatry would involve, “any kind of human helping situation that makes sense to both participants and that can be entered and exited and conducted wholly consensually, voluntary, and that is devoid of force and fraud.”

Szasz, as a libertarian, was a proponent of a free-market of drugs, which he wrote about in his book The Right to Take Drugs (the main arguments summed up in this persuasive lecture). He saw the labelling of drug addiction as a ‘disease’ as a way of persecuting drug users. He was also in favour of the abolition of involuntary hospitalisation. Just as a person with terminal cancer should have the right to refuse medical treatment, so should a person be able to refuse psychiatric treatment. He saw psychiatric hospitals as more like prisons than hospitals. In the UK, involuntary commitment is known as ‘detaining’ or ‘sectioning’ and is covered by the Mental Health Act 2007. Around 50,000 people a year are ‘sectioned’ against their will and consent. In addition, under this Act, the patient can be forcibly medicated. It is estimated that around 2,000 people a year in the UK are treated with Electroconvulsive therapy (ECT) or ‘electroshock’ without their consent.

Under the guidelines, you can be forcibly detained if your health and safety are at risk or if you have a mental illness which needs assessment. Assessment can last up to 28 days and treatment can last up to six months. That’s quite a long time to be incarcerated against your will. The police can also get involved in forcing you to go to the hospital. When you get there, it is up to the discretion of the staff whether you should be kept in a locked ward (further limiting your freedom). Thomas Szasz was writing in the context of the US at the time, but it is clear that the UK, through its mental health professionals, Mental Health Acts, mental hospitals and Big Pharma, is also guilty of creating a Therapeutic State.