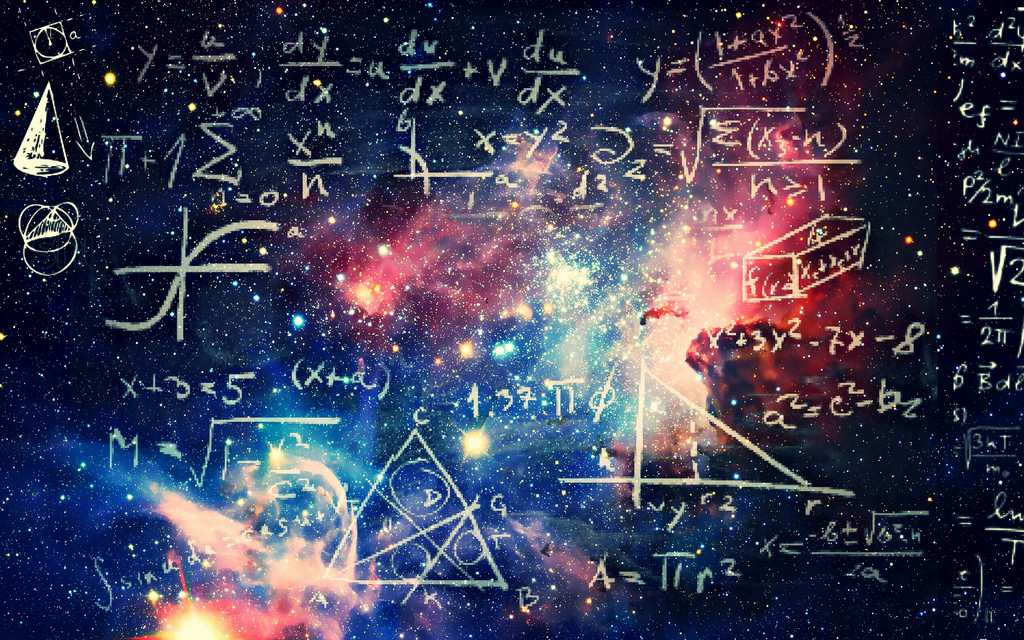 Max Tegmark is a Swedish-American cosmologist. He has made important contributions to physics, such as measuring dark matter and increasing of understanding of how light in the early universe informs the Big Bang model. He currently teaches at MIT and has proposed his own Theory of Everything (TOE). This Theory of Everything is also known as the Ultimate Ensemble, or the more attention-grabbing name, the mathematical universe hypothesis (MUH).

The hypothesis can be summed up in one line: “Our external physical reality is a mathematical structure” – in other words, the physical universe is mathematics. (A “mathematical structure” in this case means a set of abstract entities, such as numbers, and the relations between them). This is a very strange and bold statement, and at first glance, it is not easy to wrap your head around. MUH states that mathematics is not a useful tool we have invented to describe the universe; rather, mathematics itself structures and defines the universe.

However, in his paper The Mathematical Universe, Tegmark argues that “in those [worlds] complex enough to contain self-aware substructures [they] will subjectively perceive themselves as existing in a physically ‘real’ world.” What this means is that we shouldn’t be surprised to find that we perceive a physical world, because this is the inevitable result of a mathematical universe which is sufficiently complex.

Ultimately, then, the perception of a physical world is due to the nature of our consciousness, and not the true nature of the universe. In a way, this is similar to Plato’s belief that ordinary consciousness cannot understand the true nature of things. In order to go beyond the illusory appearance of things (as having a physical form), we need to use reason to uncover their true nature. Their true nature, Plato claims, can be traced to what he calls Forms, which are abstract, timeless, archetypal, non-physical entities; and to understand them we have to use logic and reason, not visual perception.

What’s interesting is that Tegmark’s MUH or TOE also relates to the multiverse hypothesis. He also maintains that: all structures that exist mathematically also exist physically. What this means is that anything that can be described by mathematics actually exists – it follows, then, that I don’t exist in one universe out there, while there can also be an infinite number of Sams in another universe.

Max Tegmark writes in his paper Parallel Universes that his Ultimate Ensemble or MUH encompasses all other ‘levels’ of the multiverse. Tegmark says that there are four types or levels of the multiverse. The first level is a universe which is infinite in space, which means that there are regions which we cannot yet observe, but which may be similar (or even identical) to our region. At the first level, the physical constants and laws of the universe are the same everywhere. The second level is a multiverse in which some regions of space form distinct bubbles, like gas pockets in a loaf of rising bread. Different bubbles will have different physical constants (such as the strength of gravity, the weight of an electron, and so on).

The third level is a multiverse in which all possible courses of action actually take place, in a separate or parallel universe. (This notion is described by Hugh Everett’s many-worlds interpretation of quantum mechanics, and it is very mainstream in the scientific community). If for example, I decide to take the bus to work instead of the train, reality will ‘split’ and there will be another universe, which is just as real, where I take the train to work and not the bus. As Tegmark writes, “The only difference between Level I and Level III is where your doppelgangers reside.” In Level I these doppelgangers exist somewhere else in the same universe I exist in, whereas in Level III they exist in a different universe altogether.

The level III multiverse can be thought of as a tree with an infinite number of branches, with the growth of a new branch signifying a quantum event which creates a new universe. The level IV universe is the Ultimate Ensemble and contains all the other levels of the multiverse – it is at the top in the hierarchy and is, therefore, able to describe all the other levels below it. This is why the Ultimate Ensemble is considered a TOE (theory of everything) because it supposedly can explain everything (every single universe) that exists. Every different universe is simply a different mathematical structure.

When it comes to his MUH (mathematical universe hypothesis) Tegmark admits that he is in a minority of scientists who postulate it. It took a while before he got his ideas published in a scientific journal and he was warned that his MUH would damage his reputation and career. Despite this, there can be found some support for Tegmark’s controversial hypothesis.

The physicist Eugene Wigner wrote an essay called The Unreasonable Effectiveness of Mathematics in the Natural Sciences. In it, he asked why nature is so accurately described by mathematics – Tegmark claims that this implies that mathematics is at the very foundation of reality. More ancient thinkers, such as Pythagoras also believed that the universe was built on mathematics; while Galileo said that nature is a “grand book” written in “the language of mathematics.” Tegmark argues that there are two ways to view reality; from inside the mathematical structure and from the outside. We view it from within and so see a physical reality which exists in time. From the outside point of view, however, Tegmark thinks that there is only a mathematical structure which exists outside of time. Some might respond to this by saying that the idea of “outside of time” and “timelessness” is verging on the mystical and religious.

It is also worth highlighting that there are those who think that mathematics is purely a human invention, albeit one which is extremely useful. In their book Where Mathematics Comes From, George Lakoff and Rafael Nunez maintain that mathematics arises from our brains, our everyday experiences, and the needs of human societies. They say it is the result of normal cognitive abilities, especially the capacity for conceptual metaphor (understanding one idea in terms of another).

Mathematics is effective because it is the result of evolution, not because it has its basis in an objective reality. However, these authors do praise the invention of mathematics as one of the greatest and most ingenious inventions ever made. There is also the idea of mathematical fictionalism originally put forward by Harty Field in his book, Science Without Numbers. He said that mathematics does not correspond to anything real. He believes that mathematics is a kind of “useful fiction” – statements such as “2+2=4” are just as fictional as statements such as “Harry Potter lives in Hogwarts.”

Coping With Stress and …