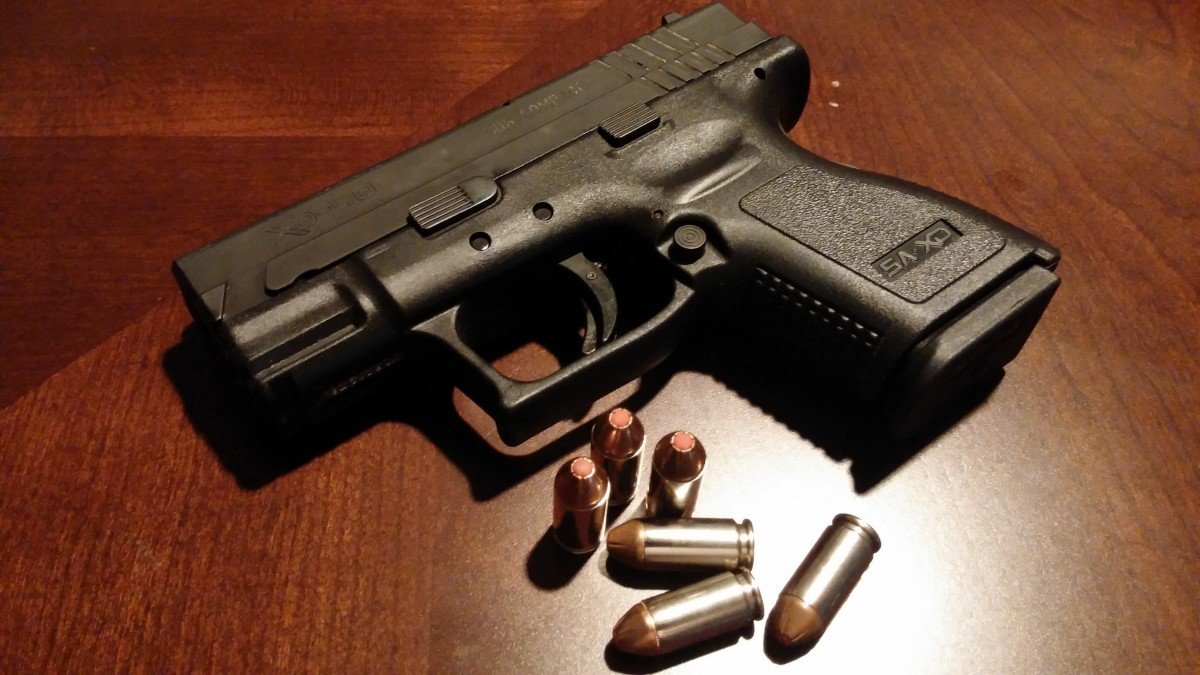 The right to bear arms is the right of the people to have their arms for their own defence. It is a right which many see as ‘American’ since it is a hot topic of debate there, but it has been described by philosophers such as Aristotle, Cicero, and John Locke; writing way before this right was enshrined in the US Constitution. In English Law, this right was preserved before the US Constitution was drafted. The English Bill of Rights (1689) states: “Subjects which are Protestants may have Arms for their Defence” – although of course the right, as laid out in the Second Amendment as the “right of the people to keep and bear arms”, does not discriminate against non-Protestants in this way.

There is debate over the exact meaning of the Second Amendment. The version passed by Congress reads: “A well regulated Militia, being necessary to the security of a free State, the right of the people to keep and bear Arms, shall not be infringed.” For example, Justices Stevens has argued that “the right to keep and bear arms protects only a right to possess and use firearms in connection with a state-organised militia. Had the Framers wished to expand the meaning of the phrase “bear arms” to encompass civilian possession and use, they could have done so by the addition of phrases such as “for the defense of themselves”. In any case, regardless of what the framers of the Constitution really meant, the important question is whether citizens should have the right to possess and use firearms for their self-protection.

This debate was reignited after the Sandy Hook Elementary School shooting, where 20-year-old Adam Lanza shot and killed 20 children, and six staff members, on 14 December 2012. Unfortunately, this case is one among many, and each one has sparked a fierce debate about whether there needs to be gun control or even a banning of the sale of firearms altogether. Those in favour of the availability of firearms have attempted to shift the blame from the weapon to the perpetrator. In the case of the Sandy Hook case, blame was put on the fact that Adam Lanza was unstable, that he was clinically depressed, and that his mind was warped by psychiatric medicine. In the case of the Columbine massacre, the rock artist Marilyn Manson was stupidly made into a scapegoat – the argument being that his ‘violent’ lyrics urged the would-be murderers to carry out the massacre.

Of course, someone would have to be psychologically unstable to feel the need to charge into a school and kill children without any thought about the consequences. But those in favour of gun control will argue that, had they been unable to get a hold of the firearms, the massacres would not have occurred. The latest statistics show that gun crime has plunged since the 1990s, with the number of gun killings dropping by 39% between 1993 and 2011. At first glance, this may suggest that gun crime is less of an issue in the US, however, it still remains that two out of three murders in the US are carried out with guns. In light of this, pro-gun control organisations argue that if guns were controlled, then this would serve to radically reduce the number of gun crimes. (Admittedly even if guns were completely illegal this would not eradicate gun crime since guns would still be available on the black market – many kinds of weapons can be purchased by anyone on the online black marketplace, Silk Road). Interestingly, even without gun control in the US, most guns are purchased on the black market.

The UK (where the sale or possession of firearms is illegal) has one of the lowest rates of gun homicides in the world. For example, in 2011, firearms were used in only 0.3% of all crimes in England and Wales. So, an argument can be made that by completely banning guns, gun crime can be reduced, and subsequently, overall harm can be reduced as well (it is far easier to harm or kill someone with a gun than with a knife). Nevertheless, even if we were to accept that by banning guns we could reduce crime and harm (which is not necessarily true) can an argument still be made in favour of legalising guns for sale and possession? Libertarians do not have a common answer to this pressing question. The Libertarian Party (US) for example fully supports the right of American citizens to own guns. As they say on their website: “Gun ownership, by itself, harms no other person and cannot morally justify criminal penalties.” Perhaps another libertarian, who does not support a purely free market, might argue that since guns are solely designed to harm or kill people, that they should not be available on the market.

Or, as an alternative, a compromise can be made. Perhaps people should have the right to possess guns, but that stricter background checks should also be put in place, in light of the fact that a gun is designed solely to harm or kill people. In this way, a balance can be made between the liberty of the people and the safety of the people – taxpayers should contribute to the costs of these background checks since they are ultimately in their interests. An extension of background checks in the US might not eliminate cases of mass shootings (since guns can be bought on the market) but from a libertarian point of view, the right to own guns should not be sacrificed for the purpose of public safety. In any case, the banning of something tends to incur more harm than its legalisation – this argument is made in favour of drug legalisation, since if harmful drugs were legal, then they could be regulated.

I fully support the Libertarian Party’s statement: “One of the most important protections we have against government tyranny is that we are presumed innocent of any crime until proven guilty, before a jury, in a proper trial.” Their website goes on to say about the issue: “Gun control advocates would declare all gun owners guilty without trial, simply for owning guns, even though millions of them have never used their guns to harm another person.” Gun control would be immoral because it would assume that all citizens were guilty, whereas the government should assume that all its citizens are innocent until proven guilty.

From a libertarian point of view, citizens should also have the right to decide how to protect themselves, their family, and their property. In order to strike a balance between libertarianism and public safety, perhaps licensed gun holders should only be allowed to possess their firearms in their home and be penalised for carrying them out on the streets. Studies show that where gun ownership is illegal, residential burglaries are higher since a criminal is less likely to break into a house if he is risking his life. However, if people were allowed to carry firearms in the streets, they might be more likely to use them for cases other than self-defence. This is why carrying a knife in the streets in the UK is treated so seriously. In addition, the Libertarian Party argues that guns are not the true source of the problem. Gun control advocates talk as if guns can kill people by themselves. The responsibility should always be put on the individual (the owner and user of the gun) and not on the gun itself. The same applies to drugs as well. If someone commits a crime due to the use of their gun, or to the use of drugs, then the criminal should be punished for the injury they caused to the victim, not because of what they used to cause the injury.