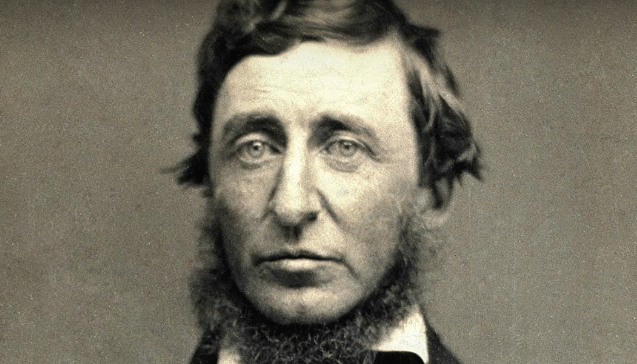 Henry David Thoreau (1816-1862) is perhaps most famous for his book Walden, which details how he independently and self-sufficiently lived in the woods for two years. Thoreau’s focus on the virtue of individualism in this book positioned him as one of the major figures of transcendentalism. This philosophical movement centred around the belief that individuals are inherently good and that society
tends to corrupt them, rather than the other way round. Society is able to corrupt the purity of the individual through its various institutions – religion being one – and, more forcefully, through the laws of that society.

Prior to Walden, Thoreau published an essay originally called Resistance to Civil Government, but now more recognisably known as Civil Disobedience (1849). This highly influential essay examines how individuals should react when living under a government they believe to be unjust. I will be drawing some important lessons from Thoreau and exploring how they can be applied to the UK today.

In this essay, Thoreau argues that the government at the time was unjust for two reasons – one was the Mexican-American War, the other was the legal institution of slavery (see also Thoreau’s essay Slavery in Massachusetts). Thoreau felt that these two aspects of government were unjust. The war and slavery did not agree with his conscience and moral philosophy, so he did not want to support them. In his own words, “I cannot for an instant recognize as my government [that] which is the slave’s government also.” In fact, the main message of his essay is that we should not support or obey any law or act of government which runs against our individual conscience.

John Locke (1632-1704), considered the founder of classical liberalism, made a similar point. In his Second Treatise of Government (1689), Locke claims that since the government exists to protect the interests of its people, if it acts contrary to those interests then the people have a right to replace that government. Thoreau and Locke clearly have ambitious ideas. But the question is, if Thoreau is right, how then should an individual respond to a government which is corrupt?

Thoreau says that waiting to vote against such a law or vote for a just law is as good as wishful thinking. It is both passive and ineffective. What we should do instead, he says, is be just. For Thoreau, to be just means that we have an obligation not to commit injustice and not to give practical support to injustice. Let’s take the example of drug laws in the UK in order to get this point across. The Misuse of Drugs Act 1971 means it is illegal to possess and supply (or intend to supply) certain drugs. The worst possible sentence for possession of a class A drug is 7 years in prison or an unlimited fine. And the worst possible sentence for supplying a class A drug is life in prison or an unlimited fine.

An individual may see such drug laws as unjust because each individual is the owner of their mind and body and, consequently, should be able to decide how they affect their mind and body. From Thoreau’s point of view, the individual, in this case, has an obligation not to enforce these laws (by joining the police force or criminal justice system) or by paying the government (through taxes) which funds the enforcement of drug laws in the UK.

But if I don’t pay my taxes, won’t I end up in prison? Well, for Thoreau this was certainly the case. He was more than happy to pay the highway tax since he benefited his fellow citizens, but he refused to pay other taxes which would support the government itself. This, of course, landed him in prison. But, as he says, “It costs me less in every sense to incur the penalty of disobedience to the State than it would to obey.” I think what he means by this is that it is far better to have a clean conscience and live uncomfortably for a limited amount of time than to support an injustice (which can cost lives) and live comfortably. From a practical point of view, it does not seem likely that many people will risk imprisonment for the sake of their beliefs, but it cannot be doubted that civil disobedience is an effective way to combat injustice.

Mahatma Gandhi (1869-1948) was impressed by Thoreau’s arguments and he himself endured physical punishment and imprisonment by the British-ruled Indian government in his fight for Indian independence. Gandhi termed his philosophy of civil disobedience as satyagraha which loosely translates as “insistence on the truth.” This philosophy, which has its obvious roots in Thoreau’s philosophy, would later influence Nelson Mandella’s struggle in South America under apartheid and Martin Luther King, Jr’s campaigns during the civil rights movement. Both Thoreau’s form of civil disobedience (not paying taxes) and others’ (through fasting, protests, demonstrations, picketing and public speeches) were non-violent in nature, which is important.

The lessons in Civil Disobedience can easily be applied to unjust government actions in the UK. An individual may disagree with the Racial and Religious Hatred Act 2006 and The Criminal Justice and Immigration Act 2008 because they limit free speech, however distasteful that speech may be. On the 20th April 2010 police arrested Dale McAlpine, a Christian preacher, for saying that homosexuality is a sin. Now it is obvious that the preacher’s opinion was hateful, but the defender of free speech will say that it is unjust for someone to be punished for their opinion. In fact, it is useful for all opinions to circulate, since, in the words of Thomas Jefferson, it is safe to tolerate “error of opinion…where reason is left to combat it.”

Hateful opinions can only be nullified when they can be freely debated. So the defender of free speech may have such a strong conscience that he decides not to fund the government and suffer imprisonment. However, although such an act is courageous and justified, it won’t necessarily be effective unless every individual is as strong-minded and willing to go to prison. A more effective means of civil disobedience which draws on the lessons of Thoreau is boycotting, protesting, performing strikes and refusing to vote. These actions are effective in letting the government know that its actions are not being supported.

A new and interesting form of civil disobedience, which UK citizens can get involved with as well, is the Silk Road marketplace. Silk Road is an online black market where you can buy any drug imaginable and drugs are bought using bitcoins, a digital currency which has a real monetary value, but which provides strong anonymity. As of 2012, monthly sales are estimated to be over £794,000! The site is a marketplace of illegal drugs, but the risk of imprisonment is minimal due to the anonymous nature of bitcoins. For anyone who objects to current drug laws in the UK, using Silk Road is the perfect form of civil disobedience. According to the Silk Road administrators, “…should we win the fight [against the War on Drugs], a new era will be born.” And they might just be right.