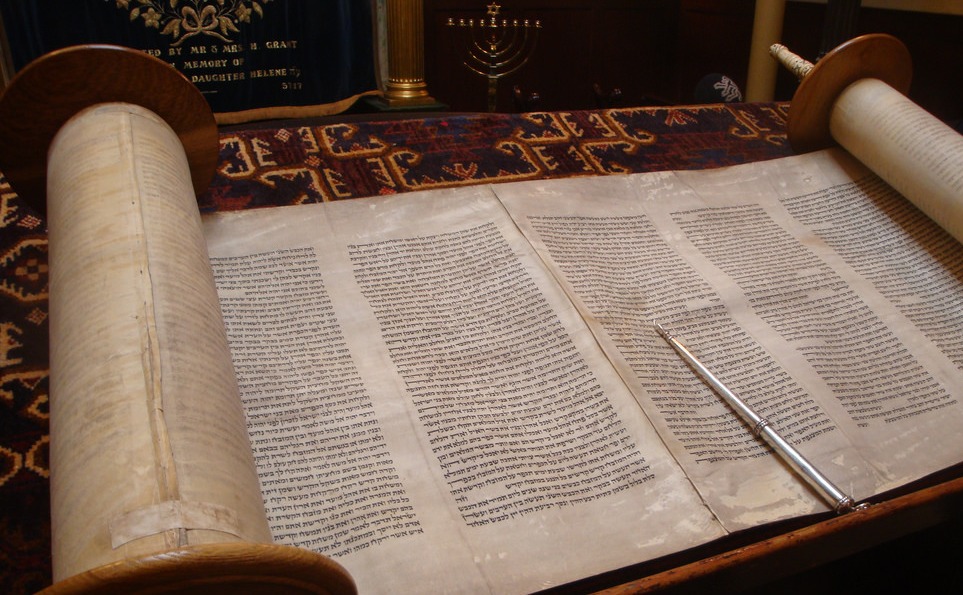 In the UK, we have freedom of religion like all other secular countries and it is a freedom which is supposed to entitle people the freedom to believe what they want and practise what they want without interference from the State.

But some religious groups abuse this freedom and act in ways which we would usually call inhumane. We sometimes refrain from calling these acts inhumane just because they are the acts of a religious group.

The two religious customs I believe should be explicitly illegal – based on the harm they inflict on the individual and the individual’s interests they ignore – are circumcision (or genital mutilation) and the koshering of meat. The technique of killing in producing kosher meat is basically the same as the technique used in producing halal meat, so they can be equally compared.

I’ll first start off with why circumcision should be prevented in this religious context. About a year ago my cousin had a son and being Jewish it was natural for him to call in a ‘Mohel’ and have his son circumcised. I was invited to the bris (Jewish ritual of circumcision) and I was interested to see what the ritual involved. During the hour-long process, however, my curiosity changed to disgust. I felt like stopping this scalpel-wielding stranger hacking the skin off this baby’s genitals. Imagine for a second that this practice never existed amongst an organised group. Now imagine an individual being in someone’s home slicing off the foreskin of someone else’s newborn infant. We would either send that person to jail for child abuse or to a psychiatric ward if they pleaded insanity. 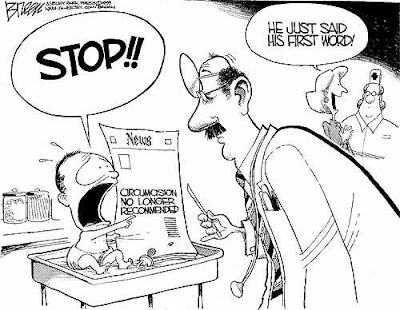 The Children Act of 1989 gives the NSPCC statutory powers to protect children when they’re at risk, but the NSPCC would not be allowed to prevent circumcisions. Why? Well, there is no reason, except that it is expected of politicians and the general public to respect what religious groups do in private. But when one individual harms another, without consent, then this calls for State intervention.

Removing the foreskin of an infant violates that infant’s freedom, as well as the infant’s interest in not being harmed. It’s also worth noting that the Mohels who do the circumcising are not trained in anaesthesia, nor are their implements sterile, considering that the bris happens in the home and not in a hospital. So I think under the Children Act (1989) the practice of circumcision on non-consenting boys or girls should be considered child abuse and warrants the State to condemn it, just as it condemns child molestation, neglection and other forms of abuse. The only way in which circumcision should be allowed to exist, in a religious and non-medical context, is by the individual deciding to have it done as a consenting adult.

I’d wager that if this is how circumcision really worked, by individuals consenting at a mature age, there would be increasingly fewer people being circumcised on the basis of faith.

It’s also worth a reminder that the foreskin, or prepuce, exists for a reason and serves several biological functions. Some include: preventing chafing, increased sexual pleasure, (the prepuce has the most nerve endings compared to the rest of the penis), prevention of infection during early age. And the list goes on…

Also, here is a fascinating article on common misconceptions and myths surrounding circumcision. Circumcision, without anaesthesia, is a painful form of mutilation which carries many health risks and long-term psychological problems.

On a quick side note, it is worth mentioning that the Prohibition of Female Circumcision Act was passed in 1985 and makes it a criminal offence for one to remove or mutilate a female’s genitalia for cultural or religious reasons. There is no act, however, which says it is a criminal offence to mutilate the genitals of a boy for religious reasons. This is nothing short of a double standard.

The second religious custom which I think goes against a good conscience and should not be protected by law is koshering. Kosher food is any food which is prepared in conjunction with certain requirements stated in the Torah (or the Koran). It does not matter why kosher meat is holy and non-kosher meat unholy; all that matters is the process by which kosher meat is produced. 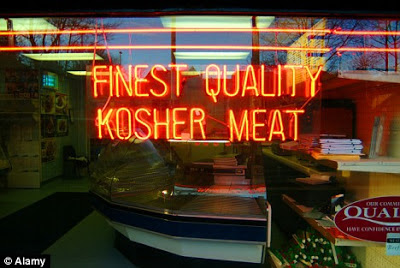 For example, some pious Jews ironically claim that koshering is a much more humane process than the normal method of stunning the animal so it is immediately unconscious. The exact opposite is the case. In both Jewish and Muslim practices, the cow will first be paralysed before it is killed to ensure that it cannot resist the mutilation about to come. The next step involves making a deep incision into the cow’s throat and then it is left to writhe in pain for about 20 minutes before it finally dies. This method of killing is called exsanguination and translated from the Latin it literally means “bleed to death.” 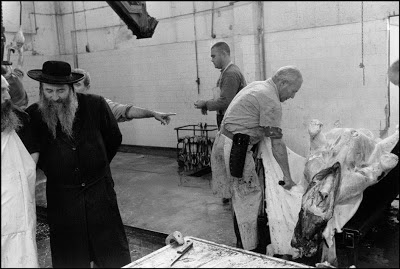 The Animal Welfare Act of 2006 clearly states that a person commits a legal offence if they cause unnecessary suffering towards an animal, either from action or inaction. The Act also states that any responsible person working within the meat industry has a duty to promote the welfare of animals and to reduce suffering at all costs. I recently found footage of a kosher slaughterhouse in Postville, Iowa and it is clear from it that koshering animals is not more humane than other industrial methods. In order to make your own judgement watch the video yourself.

The reason kosher slaughterhouses still exist, despite their breaking the law, is because faith in a ‘holy’ book can be used to justify almost anything. Imagine a baby having its throat cut and then left to die for 20 minutes as it chokes on blood. There is no justification for this. And yet both human infants and mammals over the age of 1 have the same pain threshold and feel the sensation of pain in the same way. Therefore, it is irrational to say a baby slaughterhouse is inhumane, whilst a kosher slaughterhouse is not. Since all sentient mammals have the interest not to be harmed, and since this interest is protected in the Animal Welfare Act (2006), kosher slaughterhouses should be boycotted with the goal of shutting them down.